Gloucestershire Constabulary Archive Group was formed in 1998 and  first became involved with the county’s police heritage when a number of retired police officers were asked to record details of some photograph albums which had been discovered on police premises.

The project  and the group has evolved to include members of the wider police family as well as people interested in police history. A database of archive material and images has been created  containing almost 8,000 entries- with many more waiting to be added.  this work has led to the Constabulary and the Police and Crime Commissioner working in partnership with Gloucestershire County Council in the “For The Record” Project. the Project will enable the Constabulary Archive records to be preserved in the best condition for years to come making the Constabulary records truly accessible to the public and other interested parties. It has also seen the creation of the Heritage Hub where a number of different archive volunteer groups will be housed creating a fully interactive hub.

More information and regular updates regarding the project  can be found on the Gloucestershire Council Website.   https://www.gloucestershire.gov.uk/archives/for-the-record/ 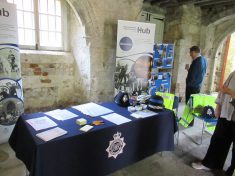 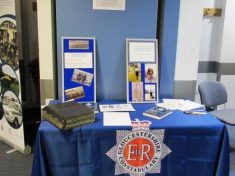 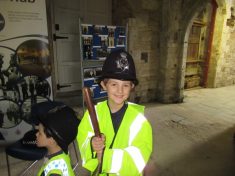 We also stage exhibitions at Constabulary open days and local history & heritage events, and answer enquiries about police ancestors and history. We are always interested in new recruits, so if you’re interested please contact us.

Contributing to the site

You can add a comment about anything on the website by clicking on the ‘Add a comment’ link at the bottom of each page. You can also submit your own photos, stories or information to the site by using our contribution form.

You may also find further information at the Tetbury Police Museum as they hold some of the Gloucestershire Police archives.

The Victorian Police Station and Courthouse house the Town Council’s administration offices, with the original Police office and cells containing a most interesting and not to be missed array of exhibits and memorabilia primarily dedicated to the history of the Gloucestershire Constabulary and also the social history of Tetbury. The museum which is well worth a visit as it includes the world renowned Alex Nichols collection of Handcuffs and Restraints, and on the first floor a complete magistrates court with a display using models and depicting a hearing, as it would have been in the late 1940’s or early 1950’s. Visitors can also enjoy other audio-visual displays, children’s quizzes and a trail.