The things you get asked at an Open Day

Jo and Christopher came to the Open Day on 14th September 2019 with a bit of a puzzle for the Archive Team to solve .

They brought a picture of a plaque that was attached to an old clock.

Although they knew that the clock was presented to Christopher’s Great Granddad for helping the police in 1910 that was all that they did know.

The archives team were able to find out the following information. Police Constable Clement Timms was assaulted while trying to arrest a suspected burglar in March 1910. JM Bullock, Christopher’s Great Granddad,  a local farmer stepped in to help the constable. 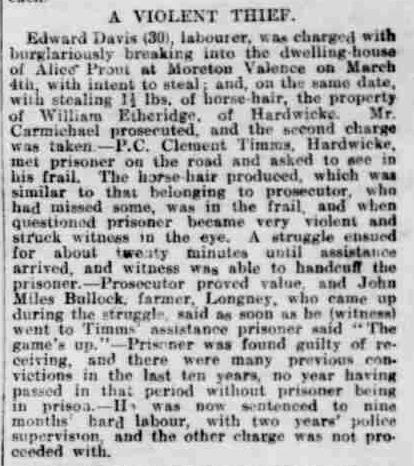 In August 1910 Mr Bullock was presented with a clock 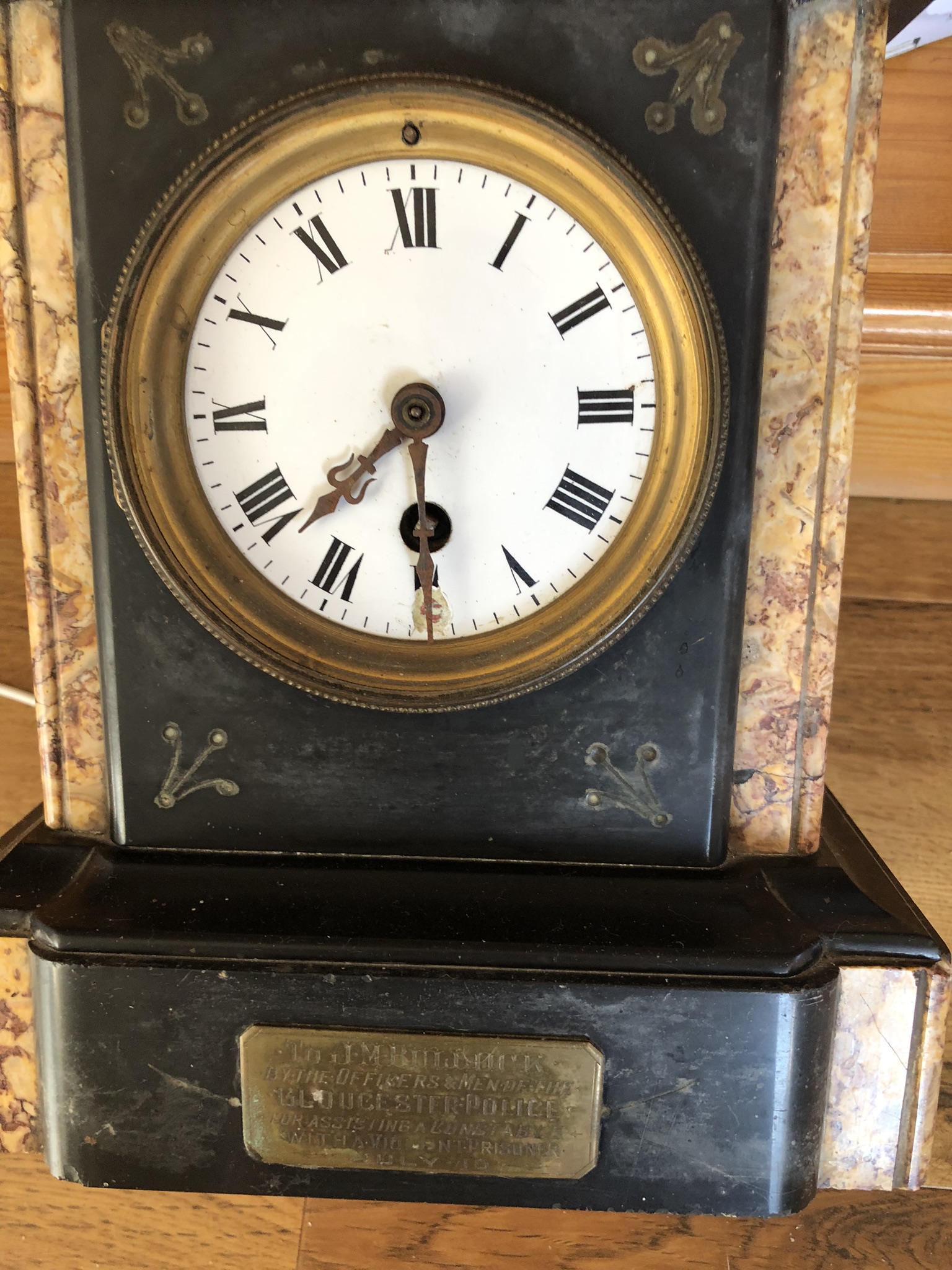 at a ceremony in Gloucester Police Station. 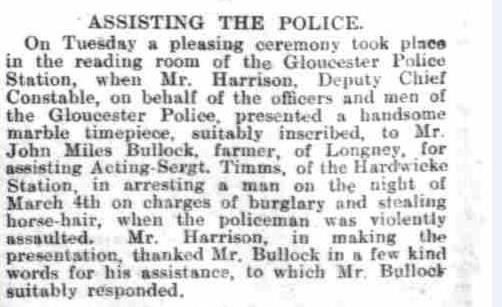