How Did They Get There?

Thanks to Christine Beynon

A few months ago we received the following  email and have since been sent the medals.

Over 30 years ago I was appointed as a teacher to a local primary school here in Swansea and ‘inherited’ a teacher’s desk in the drawer of which I discovered a small box containing 3 medals awarded during WWI.

Despite our best efforts over the years nobody ever claimed them or could tell me where they had come from. Had they been donated to the school, perhaps? We were unable to find out.

Thanks to your excellent website I found that the recipient was Police Constable 363 William Francis Hawkins who was killed in action at Gallipoli in 1915 while serving with the 7th Battalion, Gloucestershire Regiment.

The box (now disintegrating sadly) contains the 1914/1915 star and ribbon, a ribbon for the Victory medal but no medal, the 1914-1918 campaign medal but no ribbon and a medal “For faithful service in the Special Constabulary.” It was this latter medal which led me to your website.

The name ‘Stinchcombe’ has been written in ink on the lid of the box .

Some research that we did last year for Remembrance shows that  William Hawkins did serve with Gloucestershire Constabulary from 1906 until 1912 when he resigned. 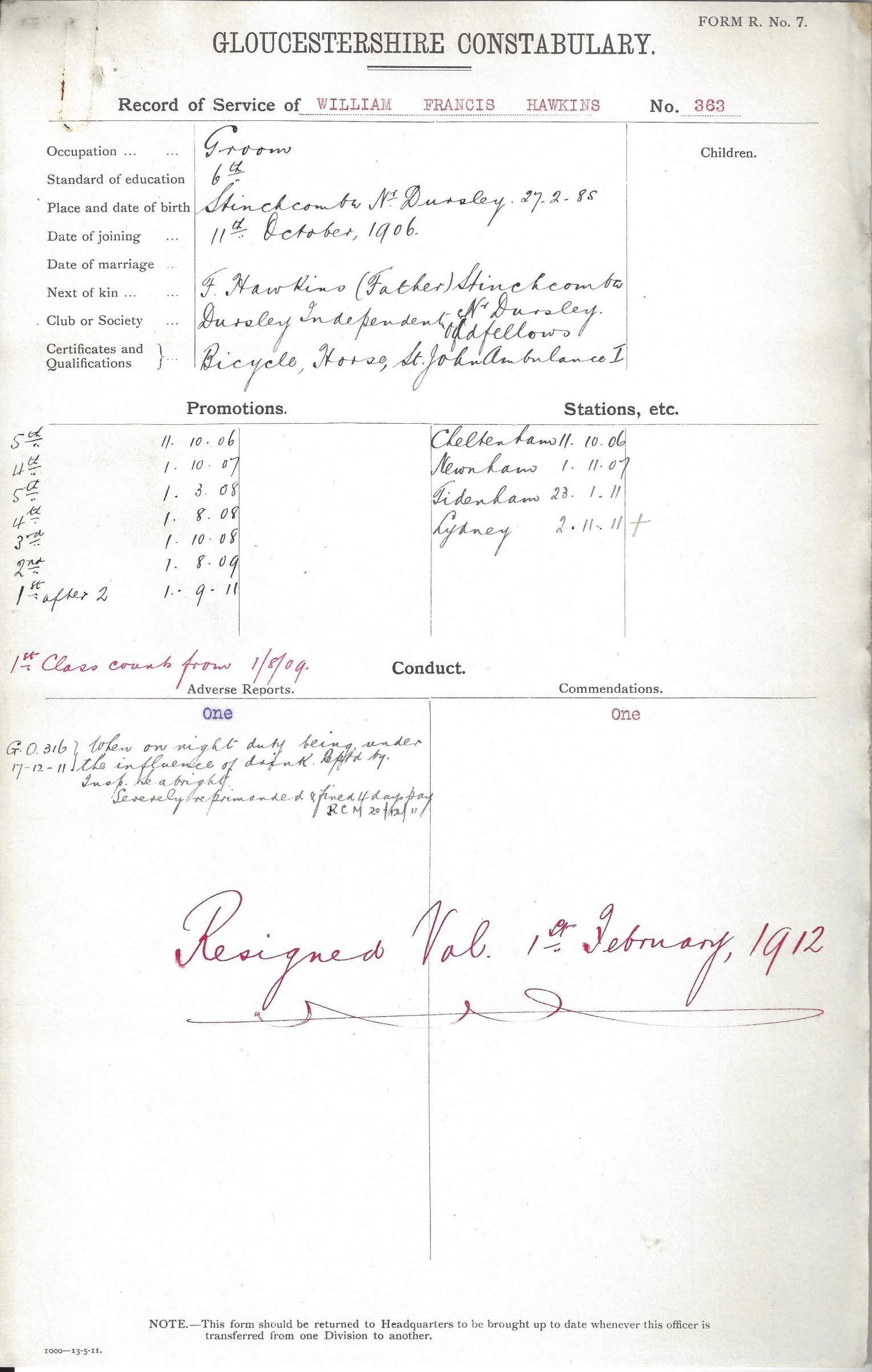 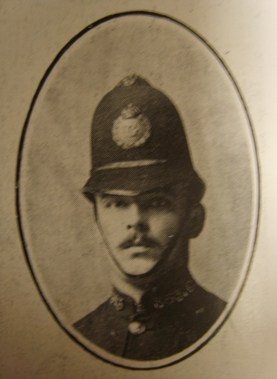 He appears to have been a bit of a character, this page is from the commendation and default book that shows the entries during his career. 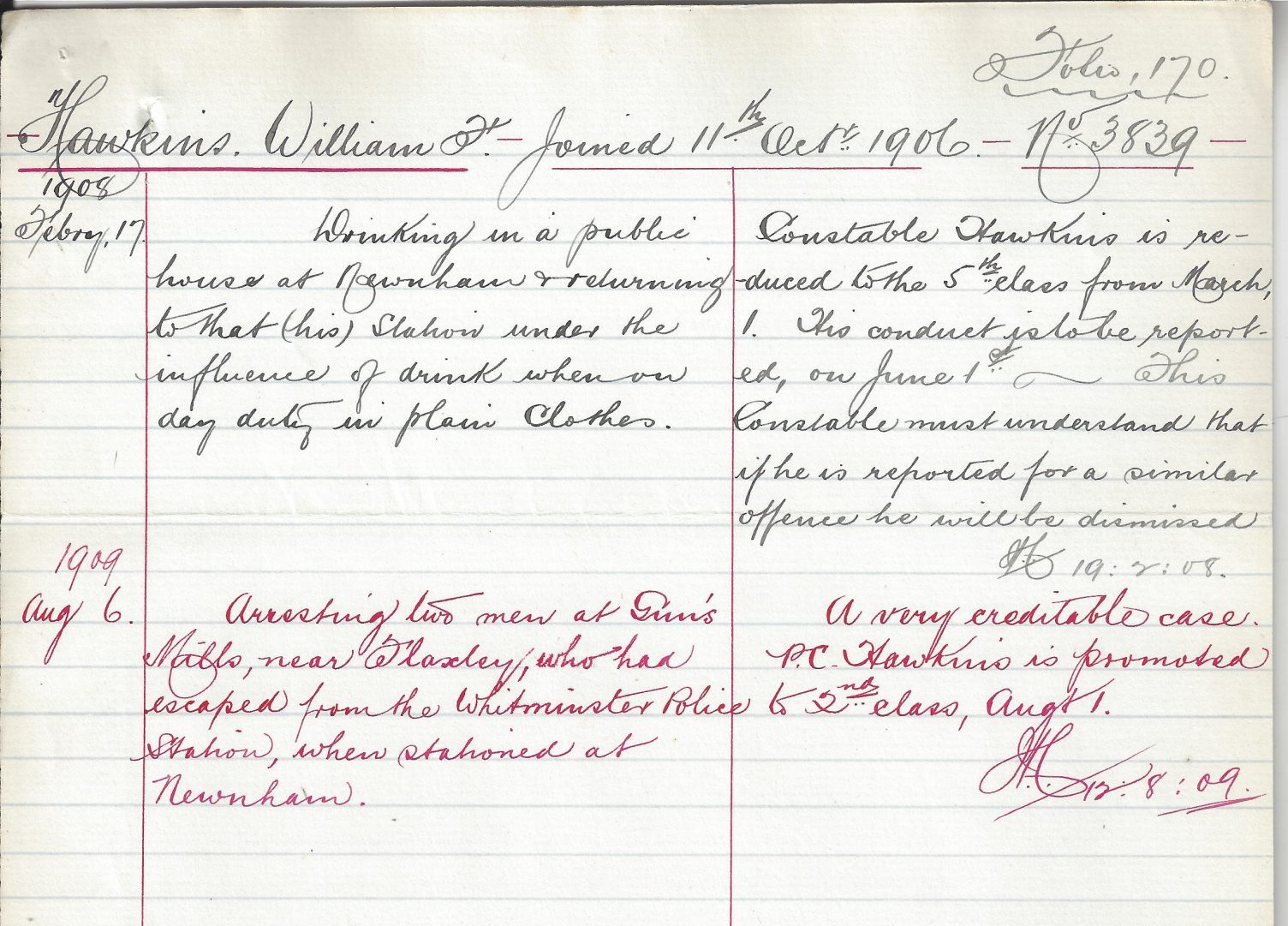 In 1911 he was posted to Lydney and in 1912 he seems to have been involved in a spate of petty thefts of uniform as a bit of a joke against the officers who he worked with as he wasn’t a popular officer. Superintendent Griffin was sent to investigate the charges and reported that Hawkins was said to be ‘a most objectionable and disagreeable man to live with his common everyday language is most filthy and when spoken to challenges to fight.’

At first Hawkins disputed the charges against him 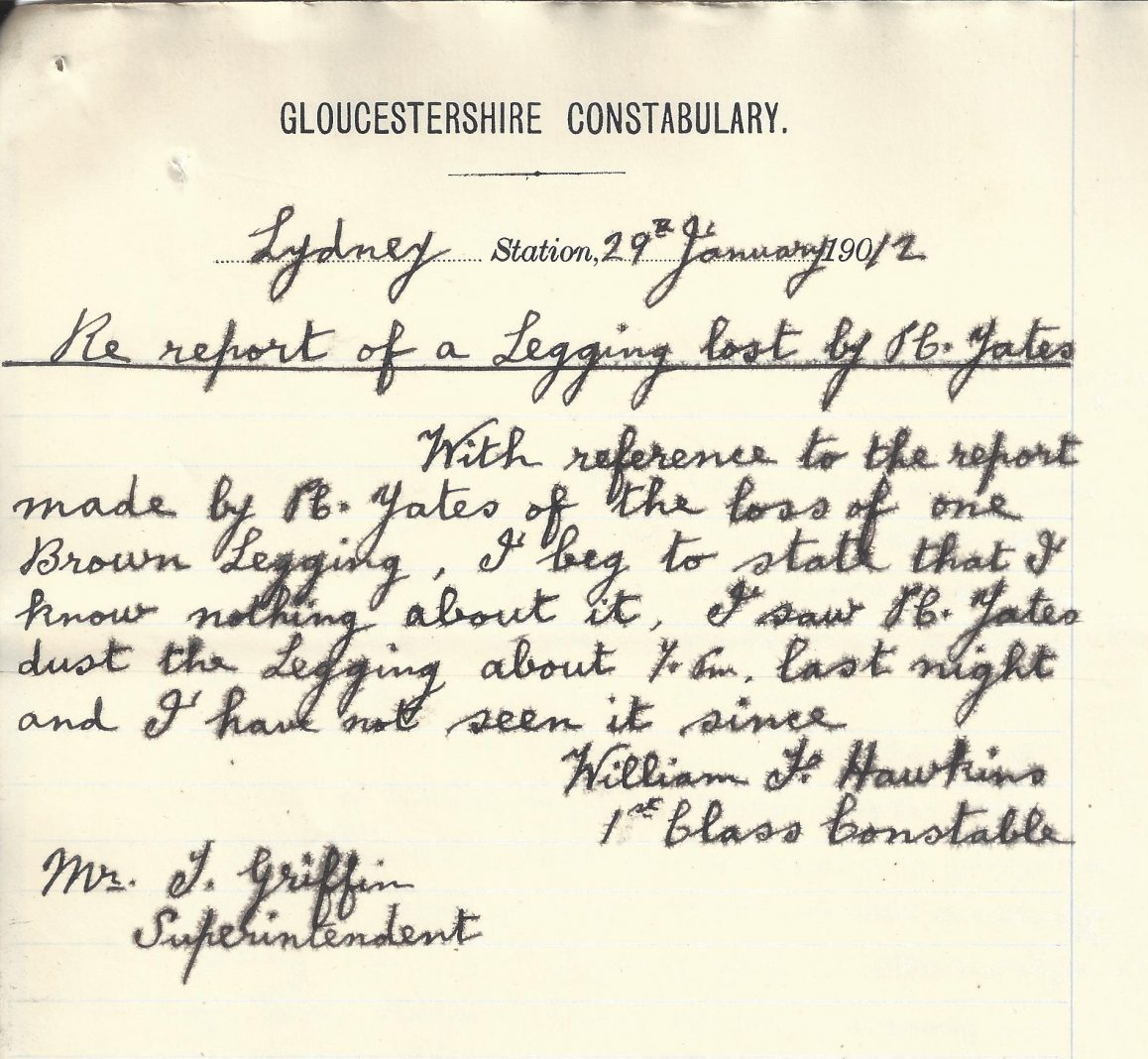 The burnt remains of one of the leggings was found in the station fireplace and the evidence was stacking up against Police Constable  Hawkins who then decided to resign. 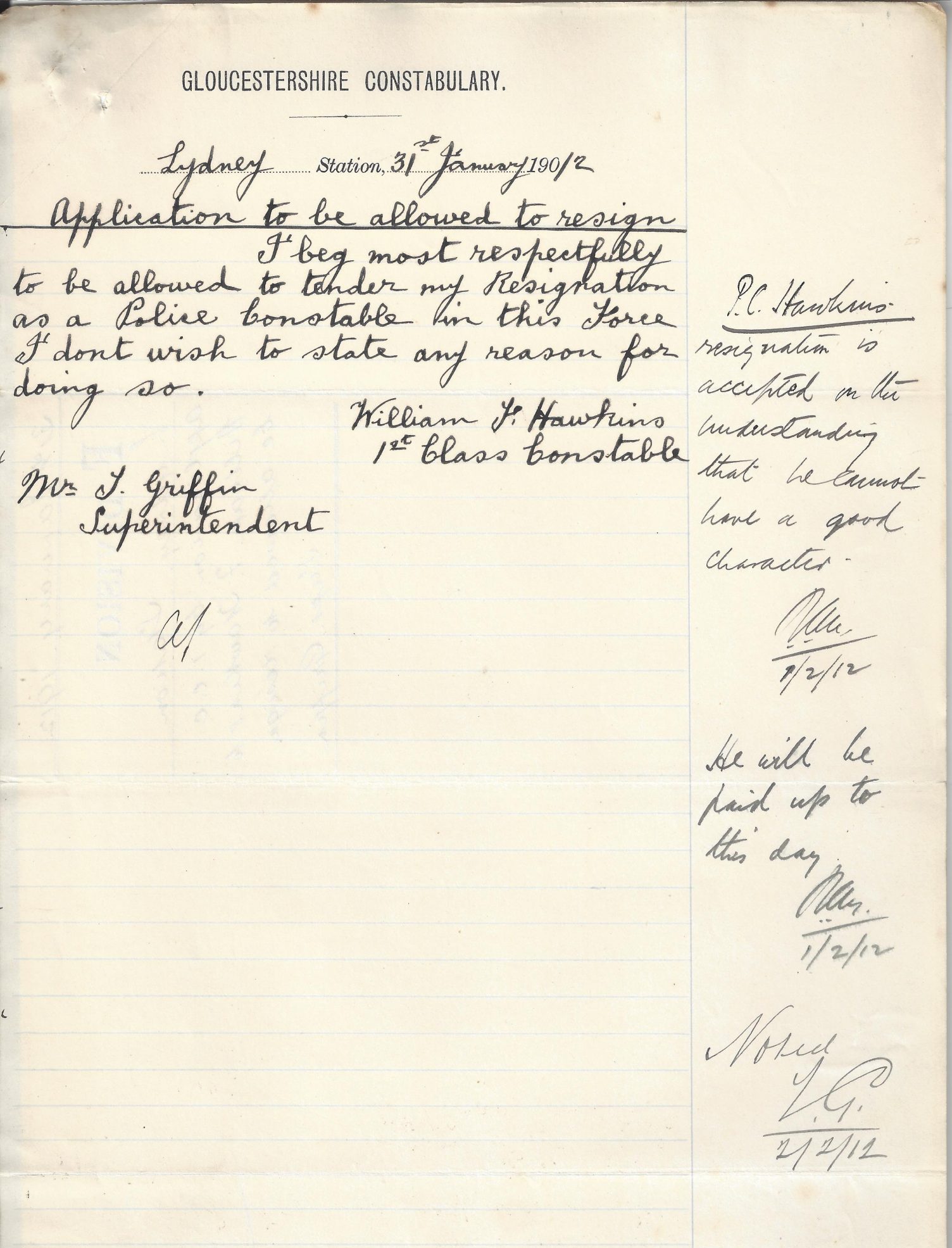 As the report above states he was not to be given a good reference and it is not clear what he did until he enlisted in 1914 before  he was killed in 1916.

There is a report in The Gloucester Journal of 22nd March 1913 where he appeared in court for throwing a stone through the window of a house where he had been ‘paid off’ because there were issues with his work. The case was not proved.

There is also the mystery of how the medals ended up in a teacher’s drawer in Swansea. Perhaps you can help?