Can you help us add further information?

The Southern Provincial Police Orphanage was in Redhill Surrey between 1890 and 1947.

Records are patchy but it is thought that the following Gloucestershire Police Families took advantage of the services offered. It appears that children had to be children who had a dead parent who had  been a police officer rather than having no living parents. Children may also have attended the orphanage if their parents fell on hard times.

Started at the orphanage in January 1897. Their father was the Inspector in the Weights and Measures Department and died from Typhoid on 26th October 1897. George was killed in The Great War. 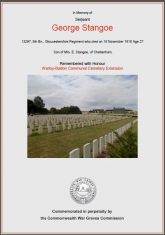 Went to the orphanage in November 1899.  A John Preen is mentioned in the Standing Joint Committee minutes in 1898 as being discharged because of his ill health .

Joined the orphanage in December 1909 and April 1910. Their Father was Martin Tom Keyse a popular and well respected Police Officer who died on 5th November 1909.

Stanley became a police officer in Gloucestershire Constabulary before joining the Shanghai Police. 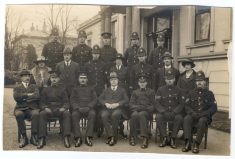 Started at the Orphanage in February 1925 and might have been the children of ex Police Constable Joseph Bateman who died on 22nd January 1922.