The Special Constabulary can be traced back to the Peace Officers of the time of Alfred the Great in the 9th Century, when members of the public, all of whom were under an obligation to offer unpaid assistance when asked, could be invested with special powers of enforcing the law and keeping the peace.

In 1285 the introduction of the Statute of Winchester meant that Parish Constables and Night Watchmen could be appointed from the local community to assist with keeping law and order and these were the paid forerunners of the Regular Police Force.  Special Constables existed then as now alongside regular police officers and men were appointed to this role at times when there was a perceived need to increase the level of law enforcement. Local men were compulsorily appointed as Special Constables by Justices of the Peace and could be fined for refusing the position. 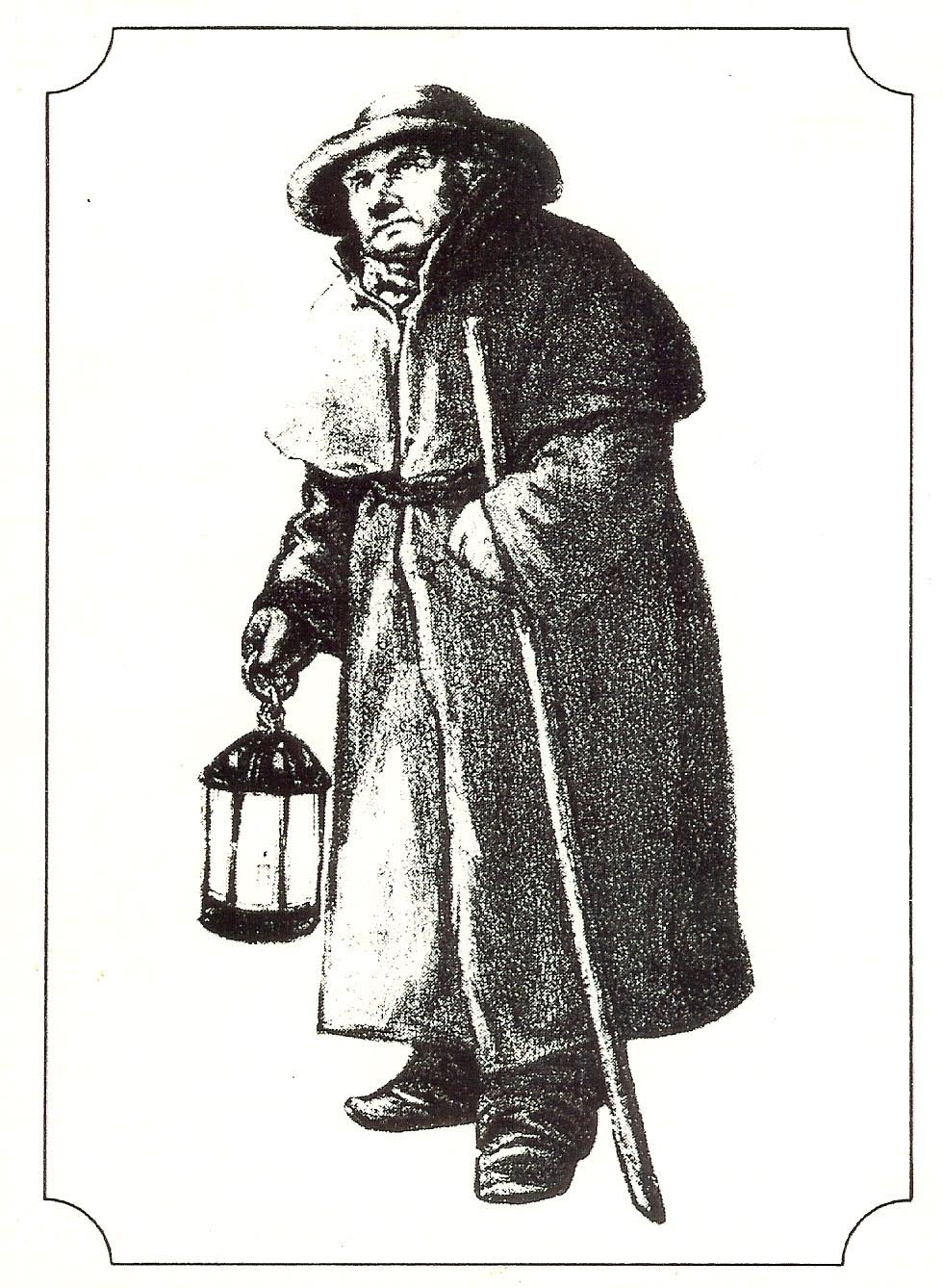 In the early 19th Century, the excessive use of capital punishment as a deterrent, together with the system of Parish Constables and Night Watchmen, supplemented periodically by Special Constables and the military, was considered by central government to be an ineffective and an inappropriate way of dealing with crime. In particular, the increasing use of troops to deal with disorder was becoming redolent of martial law. Thus, to avoid further public condemnation, Sir Robert Peel as Home Secretary introduced a paid police force, selling it to a distrustful population by saying that the force was being set up to control crime and not people. At the same time, Peel abolished capital punishment for all offences with the exception of treason and murder. Peel’s Police Force came into being, firstly in London with the Police Act of 1829, then in the provinces with the 1839 County Police Act.

In 1839, a paid regular Police Force was established in Gloucestershire and the system of appointing Special Constables at times of additional need persisted. During the 19th Century, Specials were used as a transient deterrent force for keeping the peace most notably during the bread riots and the Chartist riots. Occasionally the mere act of appointing a body of Special Constables was sufficient to avert trouble. Specials were initially selected from amongst “the most respected inhabitants” of a district but after 1820 Specials could also be appointed from among the poorer classes. Originally, there were financial inducements to undertake the work such as a reward for the apprehension of rioters or a fixed daily payment, but later Specials became a volunteer force, largely unpaid except for out of pocket expenses.

Acts of parliament governing the role of Specials include the following: