For most of the Second World War Queen Mary lived in Badminton House in Gloucestershire home of her niece the Duchess of Beaufort.

At that time Gloucestershire Constabulary was responsible for some of the duties linked to her protection. 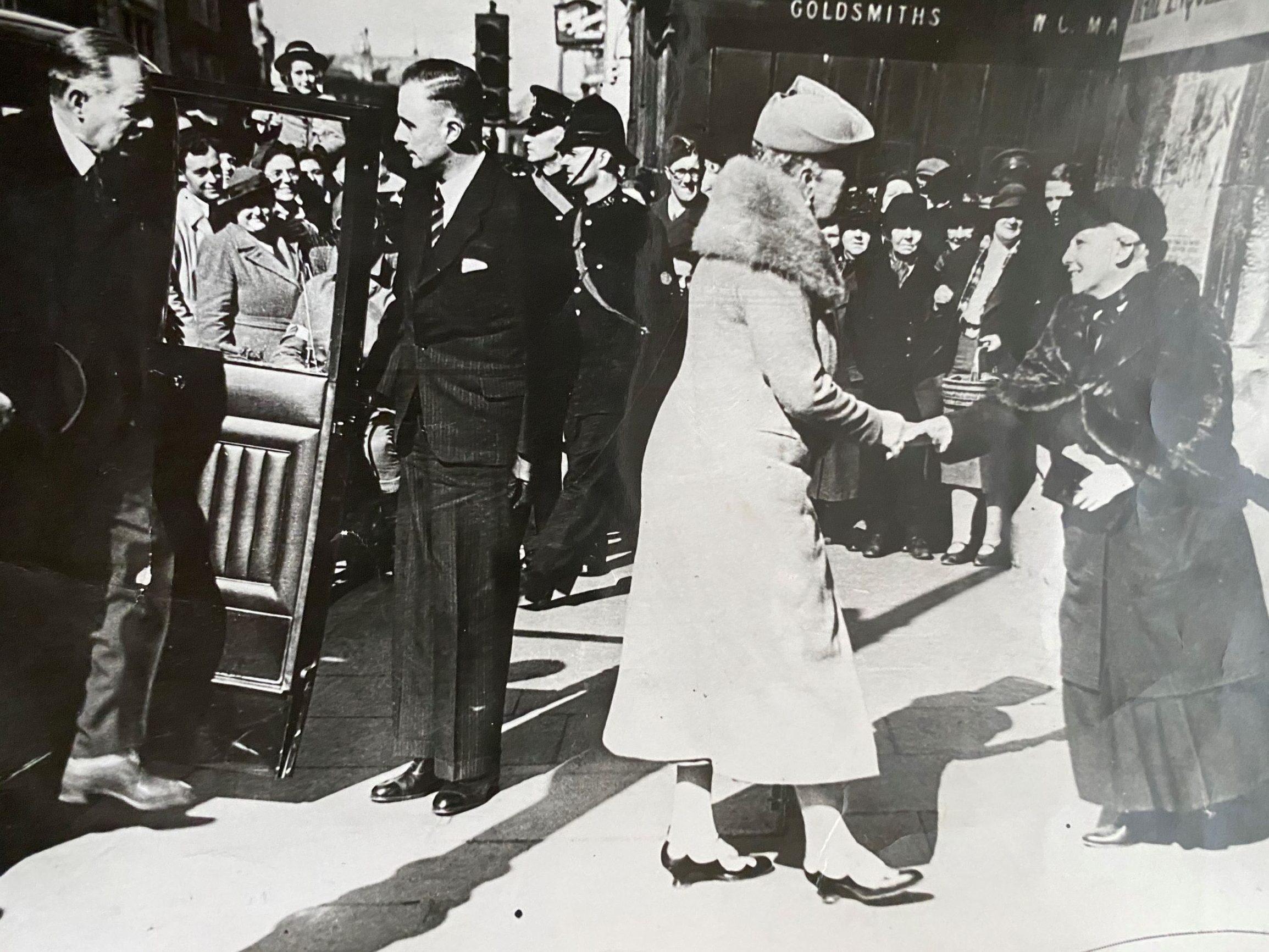 The above photograph was bought on an internet auction site and the caption states that Sergeant Leakey was Her Majesty’s personal protection officer. At the time he was part of Special Branch  but from our records it is not clear whether his role was solely linked to the Queen or if it was part of his general duties. 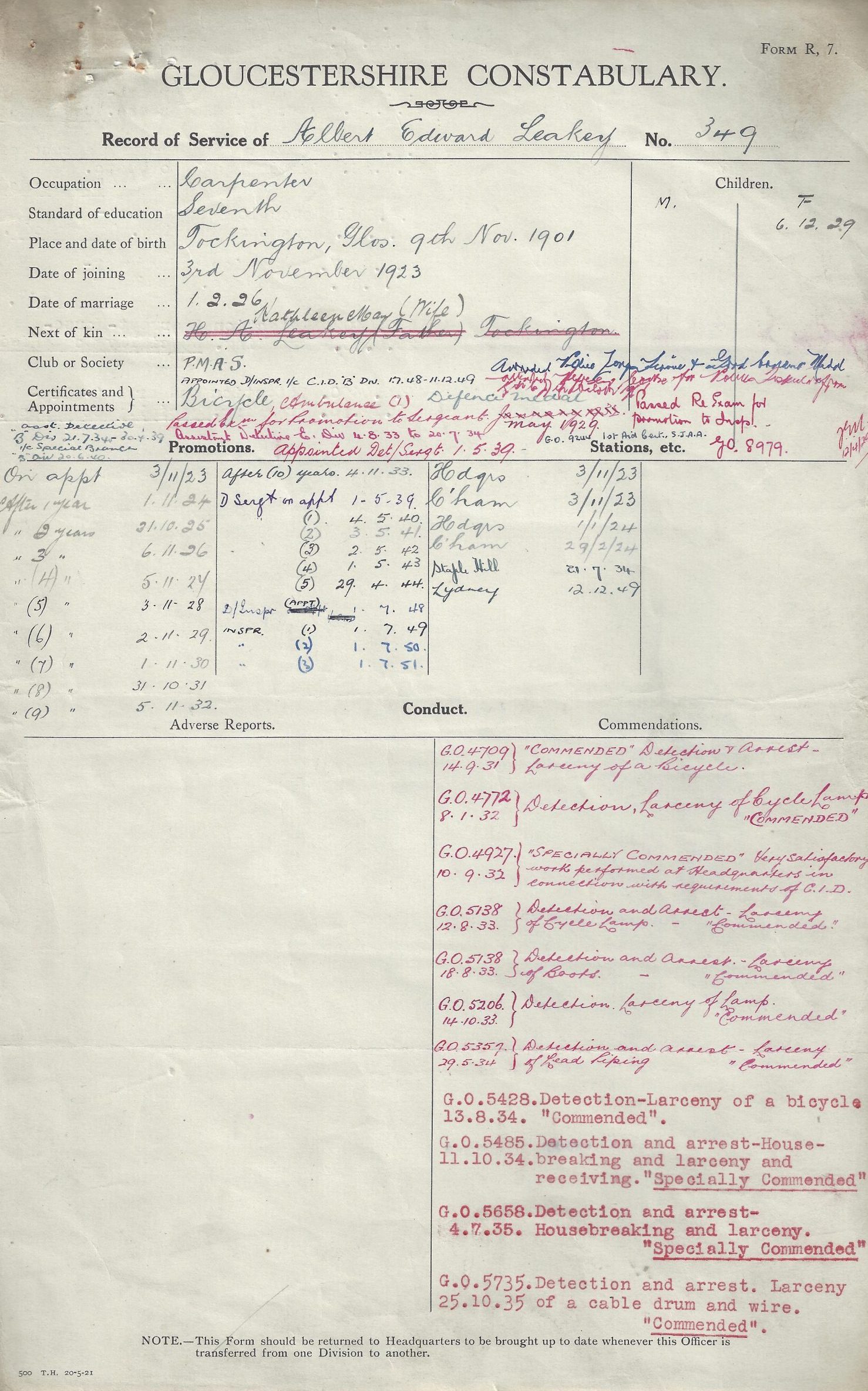 The photograph below that has been in the Gloucestershire Police Archives for many years, states that Sergeant Gardner (with the temporary rank of Inspector) was Queen Mary’s personal police officer this is  backed up by his record of service. 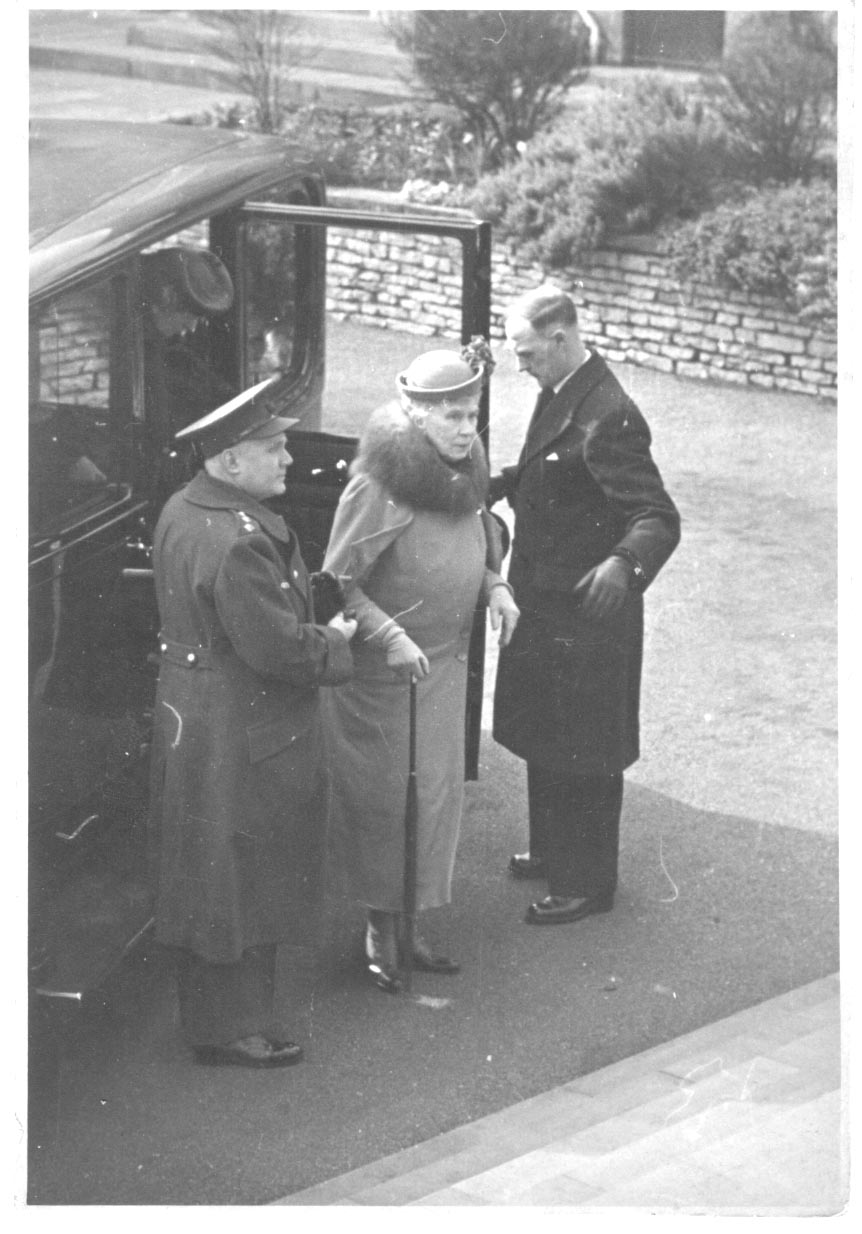 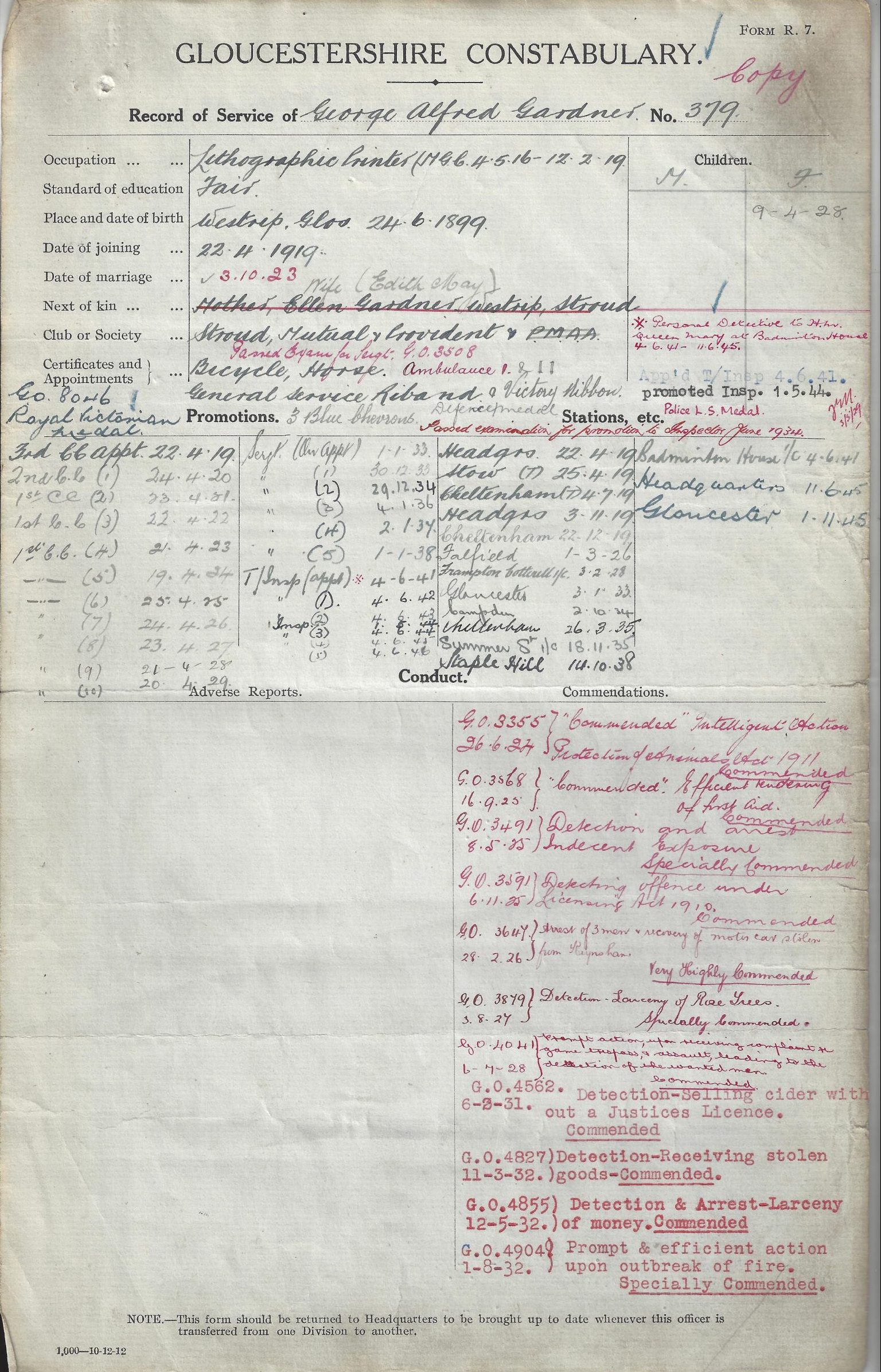 A report held in Inspector Gardner’s personnel file shows that he was awarded the Royal Victorian Medal. This is awarded for personal service to the Sovereign or Royal Family. 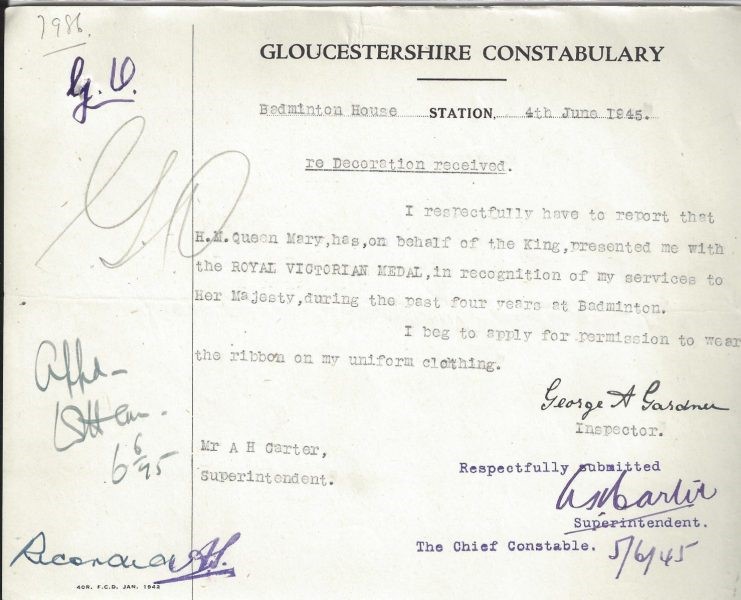 Even after some research the role of Sergeant Leakey within Queen Mary’s household  is not clear unless of course you know different.