The Special Constabulary in Gloucestershire During World War Two

Across the whole of the UK, during World War 2, the regular police force was supplemented by a volunteer police force (the Special Constabulary). Those who volunteered were mainly veterans of earlier wars and others whose age or position in a reserved occupation prevented them from enlisting in the fighting forces. The majority of these men were part-time and unpaid and between 1939-1945 around 130,000 Special Constables were enrolled in the Special Constabulary UK wide. 7,000 of the 130,000 Specials worked full time and were paid. As the war progressed, the police became more reliant on the specials as more of the War Reserve Police were called up and the sickness rate amongst the ageing regular force increased. 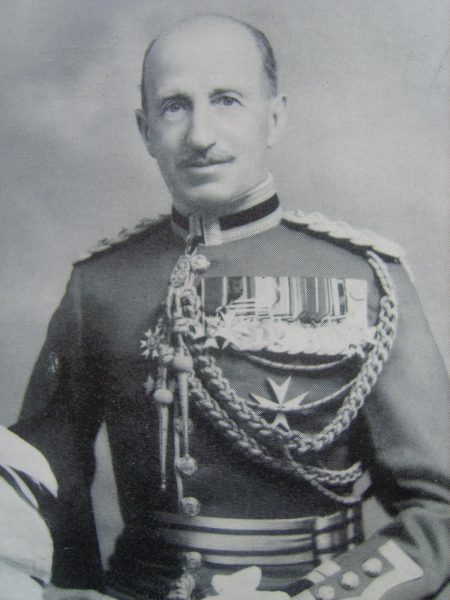 In 1938, with war seeming imminent, the Gloucestershire Wartime Special Constabulary was set up by Chief Constable WF Henn by the re-organisation and re-modelling of the existing County Special Constabulary, which numbered around 1,700 men at the time. It was set up to work in parallel collaboration with the regular force and Sir James Sleeman from Painswick was appointed Chief Special Constable. A total of 3,000 posts were created (six times the number in the regular force) to cope with the anticipated increase in demands on the police service and the inevitable reduction in police numbers resulting from call-up. The Specials already in post were invited to join the new service and the additional posts were advertised. The service was composed almost entirely of part-time volunteers between the ages of 30 and 65 years. They came from all ranks of society and were appointed under the 1923 Special Constables Act, receiving an initial 12 hours training and a Special Constables badge. A few Specials were later allowed to go forward as full-time temporary War Reserve police and they received payment under the Special Constables order of 1940. The new look Special Constabulary went live in Gloucestershire in September 1939. The number of specials fell to 2,600 as the war progressed, due to the manpower shortage, but by 1946 over six thousand personnel had been trained as specials.

Administration of the Special Force

The force was divided into divisions, headed by a superintendent who was able to act independently of the other divisions. Some divisions were sub-divided into urban (1) and rural (2) divisions. There was also a headquarters division and a mobile division. The mobile division was composed of specials who had access to their own motorised transport, and it had the capability of placing 200 Specials anywhere in the county within two hours of a call, a factor that proved invaluable during air raids. Each division’s Specials had guard duties specific to their own area. For example, Staple Hill (B1) was responsible for the aeroplane and boot factories while Thornbury (B2) was responsible for guarding the Severn Tunnel and Badminton House (seat of minor royals). Cirencester (C1) was responsible for airfields and the Great Western Railway mainline, whilst Cheltenham Urban (E1) protected what was not only the location of an important military and administrative headquarters, but also the site of significant war-time industries. All rural divisions in particular were alert for signs of enemy parachute landings. The headquarters division co-ordinated arrangements between, police, military and Civil Defence organisations and an emergency department remained open 24 hours. 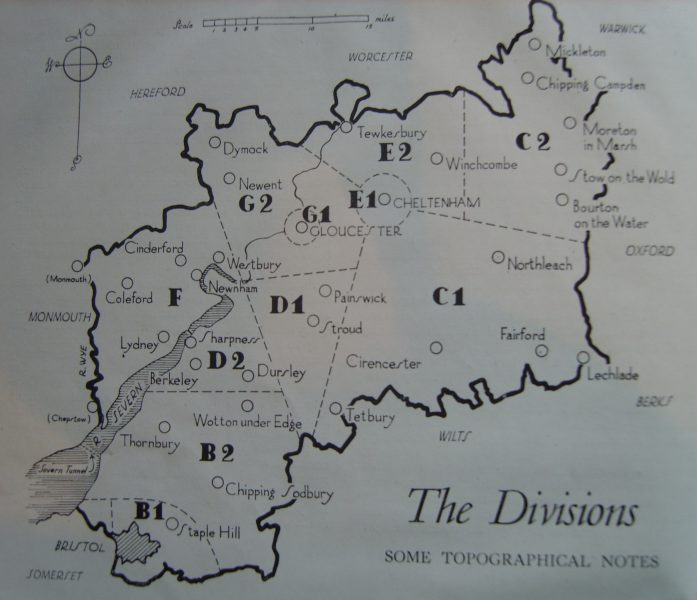 
The Special Force was set up along the same lines as the regular force and had its own Superintendents, Inspectors and Sergeants. Specials were answerable to their own superior officers and ultimately to the Chief Constable, who could suspend or dismiss them in relation to disciplinary matters. In addition, officers of all ranks of the Regular Police were regarded as senior to all corresponding ranks of the Special Constabulary and no Special Constable had any authority over any member of the Regular Police Force. When a Regular officer wished to make use of Specials, he informed his opposite number, who assigned the relevant number of Specials when and where they were required. When a Special wished to resign from the Constabulary, he needed to apply in writing to the Chief Constable and give one month’s notice. His employment as a temporary constable could be terminated at any time when his service was no longer required but under his terms of service, he could also be recalled. A Special Constable’s complaints and out-of- pocket expenses were both dealt with by his superior officer at local level. Special Constables could be entitled to a police pension if they were injured during the course of their duties such that they were prevented from pursuing their normal occupation.

Duties of the Specials

The handbook for the Special Constabulary stated that Special Constables should “protect and not oppress the public” and the Special Constable Magazine stated that “tact patience and accurate observation” were their watchwords. During wartime, the Specials had two roles. Firstly, they had to assist the regular police with their general policing responsibilities, their additional wartime responsibilities and the enforcement of war time regulations. Secondly, Specials had an important role in civil defence and counter-invasion plans with a key role in helping out during air raids. Initially the Specials were needed to guard vital points such as strategically important roads and railways, but the Local Defence Volunteers (LDV) set up in May 1940, later becoming the Home Guard, relieved the Specials of some of their guard duties. A number of the Specials, particularly the war veterans, left the Special Constabulary to join the LDV and others joined the Air Raid Precaution (ARP) service, whilst still engaged by the police. By the beginning of 1943, with the country in its fourth year of war, more of the regular police were being called up and the Specials were undertaking more and more routine police work, in particular beat control, traffic control, and the prevention and detection of crime.

Hours of work for Specials

As the Specials usually had day jobs, they were part-time police officers and mostly employed in two to four hour shifts on night work, although under the Emergency Powers (Defence) Police Act 1942 they could be required to work longer shifts. During air raids they could expect to be recalled for duty at any time.

Under the Police Act of 1890, the Specials were given the same powers and authority as the Regular Police and they had the power to arrest from the outset. The remainder of their policing duties of keeping the peace and preventing crime were similar to those of the Regulars with certain limitations.

Initially the Special Constabulary was not intended to be a uniformed service, except in Cheltenham and Gloucester and to begin with they wore neither uniform nor cap, although this changed later on. At first Specials were issued with an armlet, a County badge for the lapel, a whistle to blow for emergency assistance, a notebook, a warrant card and a truncheon. The latter to be used under extreme circumstances only. The Specials were also instructed to wear stout boots and to carry an electric torch and a copy of the Highway Code. Thus equipped, the Specials were expected to take action against armed enemy saboteurs, should the need arise! Ultimately all Specials were equipped with a uniform closely resembling that of the regular police but with a flat cap rather than a helmet. However, it took two years before Specials were issued with greatcoats or waterproofs to protect them from the winter weather whilst on beat duty, as these were requisitioned for servicemen. Both the Specials and the Regulars had tin helmets for wearing during air raids.

Specials were expected to undertake 12 hours of training per year. Prior to the outbreak of war, peacetime training consisted of lectures, practical training and shadowing regular police officers.  During wartime, the principal role of the Specials was to assist during air raids, which meant that they were under-employed in the early years of the war and spent a lot of their time undergoing training which included all aspects of general policing and public protection, war specific training and training in civil defence responsibilities. The Specials were thus kept in a state of readiness for all eventualities. Examples of general police training included instruction on firearms offences, finger printing and traffic duties and war specific training included:

Duties of Specials during emergencies

Helping out during air raids was a key part of the Special’s role. In the event of an air raid, all Special Constables not already on duty were required to report at the nearest police station and assist with the following duties:

Gloucestershire Special Constabulary was unique amongst Special Constabularies in having its own magazine, the “Gloucestershire Special Constable Magazine.” This journal not only provided a source of professional information and instruction to its readers together with reaffirming articles from senior members of the police force and reports on awards, but it also provided a description of leisure events taking place in the respective patches and in a light-hearted way kept everyone in touch. Examples of social events that were covered, included horticultural shows, skittle matches, rifle and musketry shooting competitions, darts, cribbage, cricket, tug-of-war and musical concerts. Specials were also involved with fund raising for charities including the Children’s Hospital, the Red Cross, St John’s Ambulance and they also assisted with village events, charity dances, fetes and parades.

After the end of the war 80% of the Specials were released from service as they were no longer required. It was anticipated before then, that many of the men would feel the loss of the camaraderie and the diversion of their wartime duties. As a result, at the beginning of 1944, Colonel Sleeman, their commander, initiated the setting up of a Special Constabulary Veteran’s club and an associated Benevolent Fund for dependents.