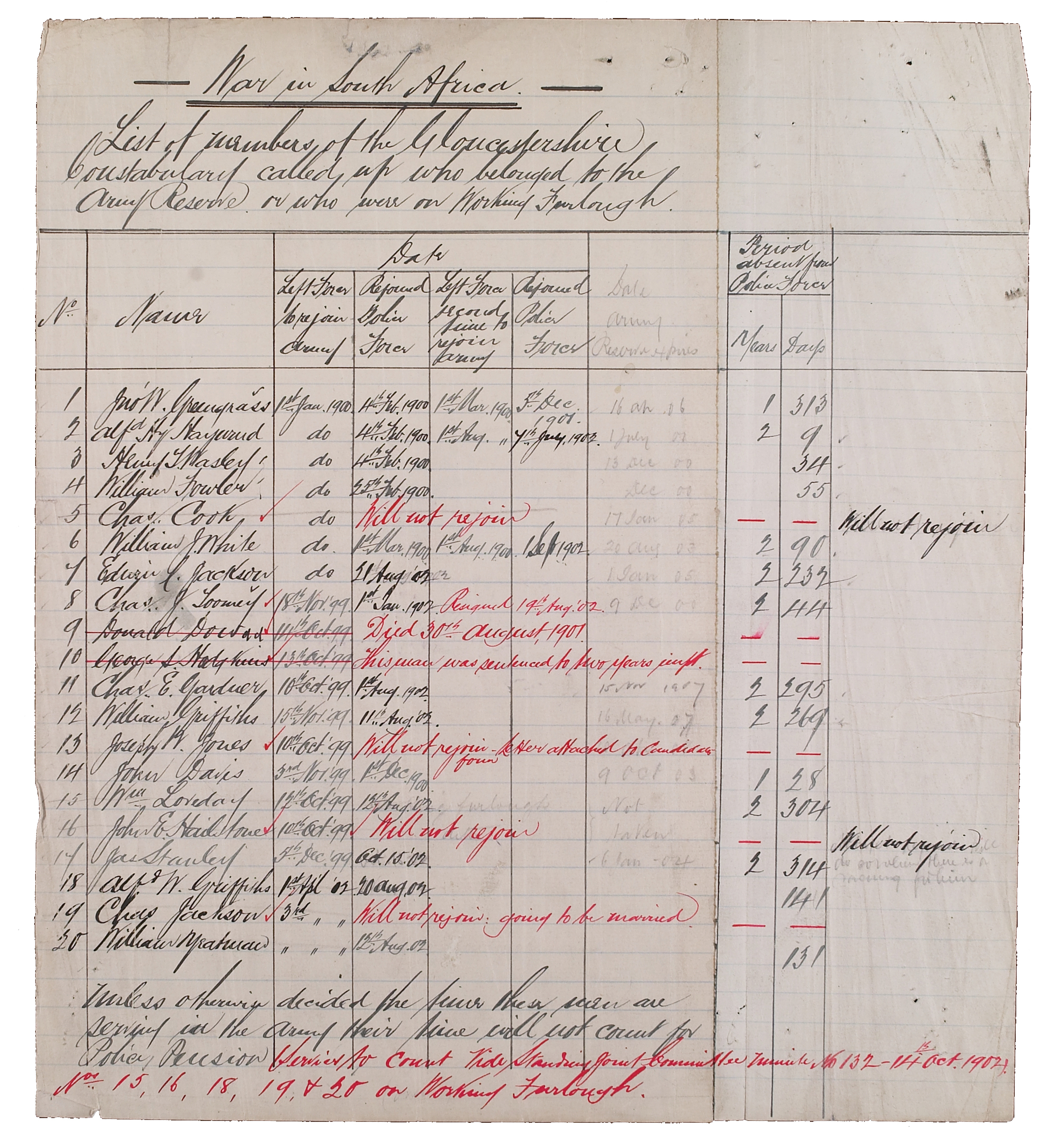 Showing the officers who left the constabulary to serve in the war in South Africa. (Gloucestershire Police Archives URN 10896)