A short but eventful life

Thanks to Rosemary Taylor

Fitzroy Frederick Taylor collapsed and  died at Dursley Police Station on  23rd May 1942 just 4 months after being promoted to Inspector. 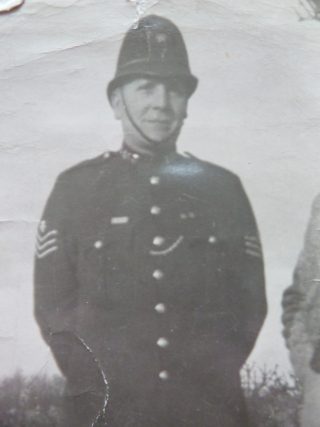 Fitzroy Taylor was born in Oxenton near Tewkesbury on 16th November 1900 according to the 1911 census there were 7 children living in the house although it also states that there were 10 children in the family.

Fitzroy’s older brother George William Taylor was killed in France in 1916 aged 22 which had a profound effect on Fitzroy who falsified his age to join the Royal Marines in 1917. 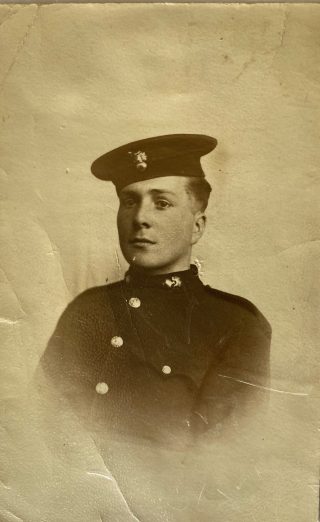 While serving as a Marine, Fitzroy was on board  HMS Marlborough in 1919 when it arrived to evacuate members of the Russian royal family from Yalta in April 1919 and transport them to safety in Malta.

From accounts written at the time and by members of the ships company the Navy expected to evacuate Dowager Empress Maria Feodorovna, the sister of Queen Alexandra, as well as some other members of the Imperial Family about 10 people in all. In the end there were  more than 50 passengers the most senior of which took over  the officers quarters while the ships officers had to find accommodation where they could on the ship. despite being told to keep luggage to a minimum the captain of the ship estimated that there were 200 tons of it. 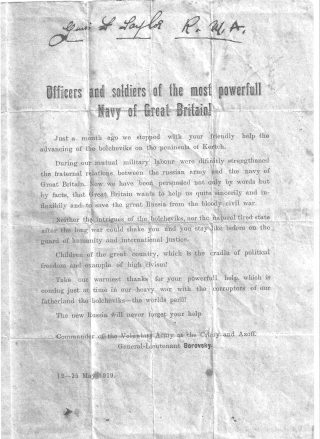 Once Fitzroy left the Marines he joined Gloucestershire Constabulary. 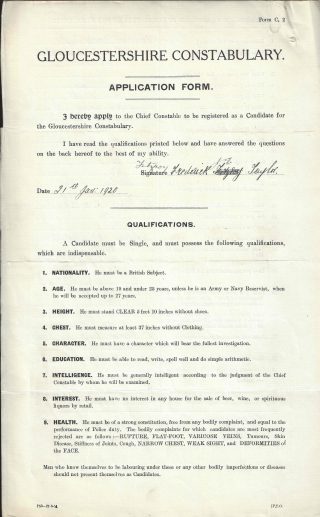 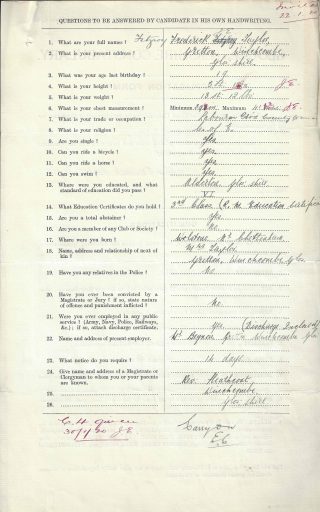 After his eventful life you would have thought that Police Constable Taylor may have taken it easy but we know that he entered into the sporting life of the  constabulary as well as playing rugby for Gloucester. 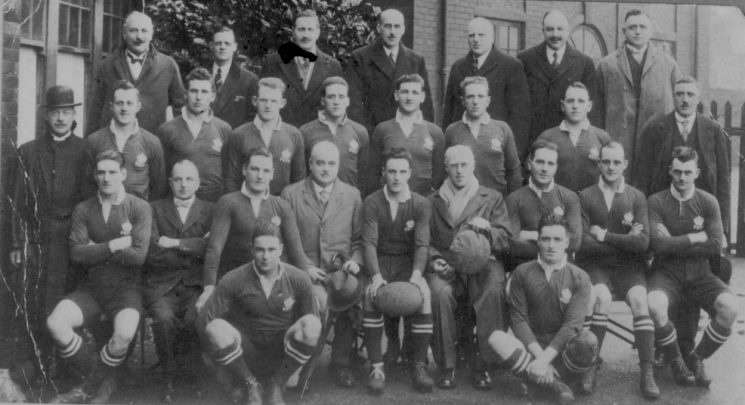 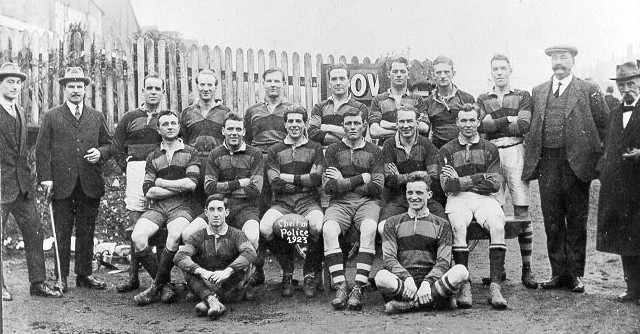 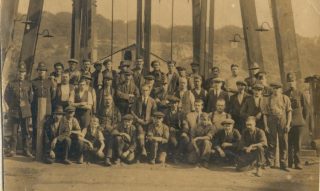 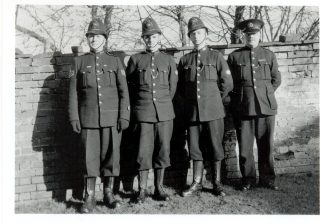 At Coleford from left to right: Police Sergeant FF Taylor, Police Constables Fred Hudson, Arthur Mynett, Inspector Dowsell. These were the officers who were to attend the Inspection of the police in Hydede park by His Majesty the King on July 20th 1935. The gaiters were required wearing for officers who attended the event.
(Gloucestershire Police Archives URN 578)

The Citizen on 24th November 1939 outlined the circumstances 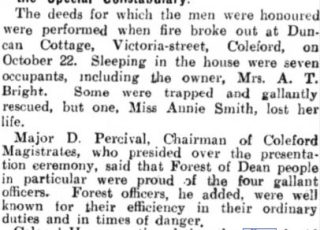 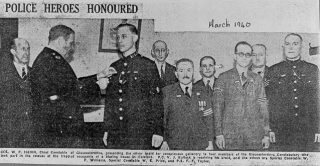 One of his daughters was awake on the night of the fire with toothache and could see the fire from her bedroom window. No one in the family were aware of his bravery until much later. 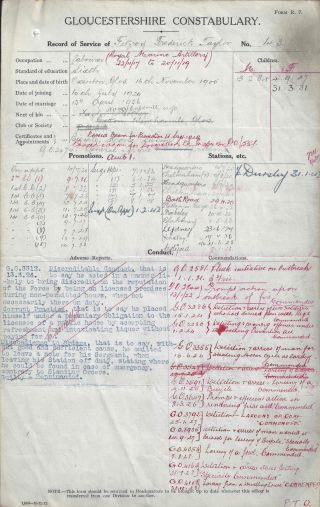 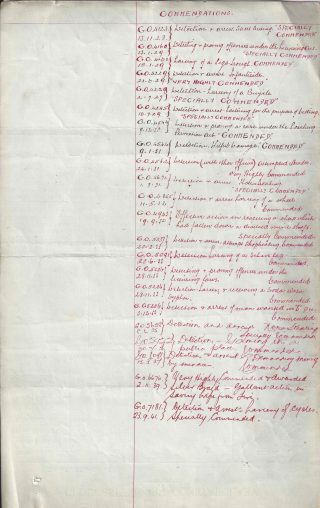 The Record of Service shows where he was stationed and also the commendations that he received. Most officers fail to fill the first page of commendations let alone nearly fill a second page. Looking at his record he was still a bit  of a rebel as seen in the adverse comments. 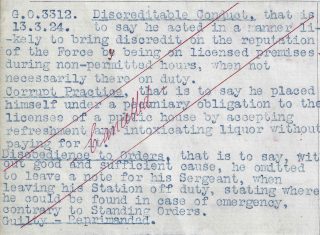 Newspaper reports of the death and funeral 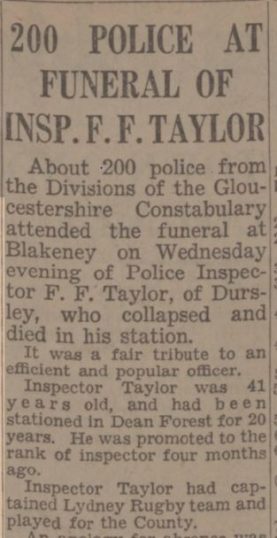 Fitzroy’s brother Cecil Jack Taylor served in Gloucestershire Constabulary  from 1926 until 1957 and his son Francis James Taylor (who was 8 when  his father died) served from 1960 until 1990. 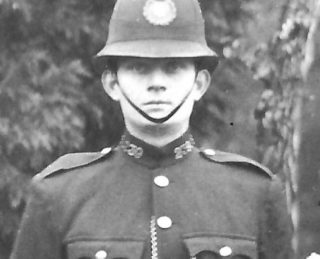 It was much later when Fitzroy’s son was walking the streets in Tewkesbury that he  met a man who may have been able to give an insight into his father’s death.  Ex police officer Cas Smith told him that he knew his father and often came across him wandering the police station with towels wrapped around his head because of the pain. This was something that the family were unaware of although they believe that playing rugby was linked to his death. 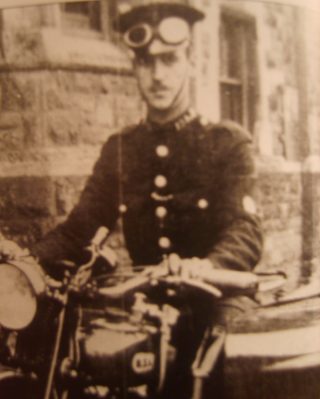 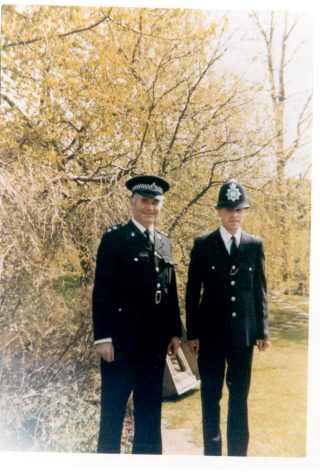