100 years of Woman Police in Gloucestershire 3 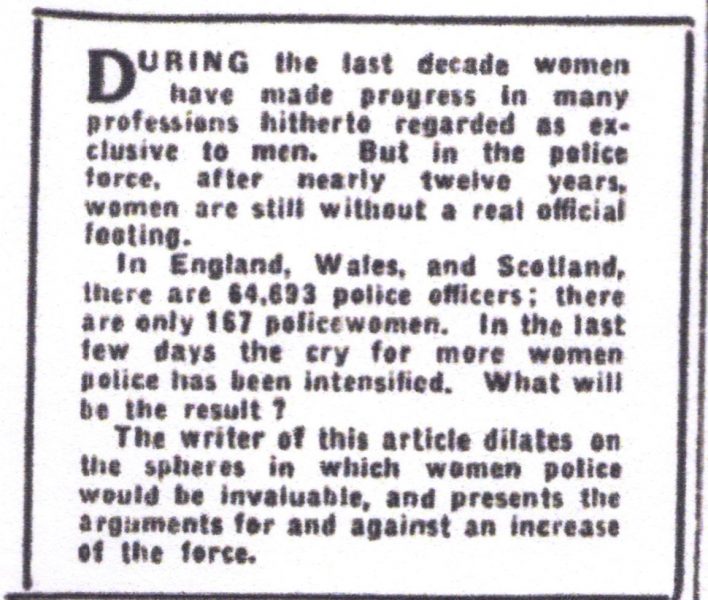 In 1922 because of the cost cutting measures imposed by the government many of the Gloucestershire Policewomen were given notice.

In 1927 more women joined Gloucestershire police but there were still only 7 of them. This number didn’t change much until the 1960s.