Despite the setting up of the Women’s Police Service in 1914 English police forces were generally reluctant to accept women into their ranks.

Gloucestershire was one of the first  forces to accept women members into both the regular and reserve forces before they were accepted into the Police Service there was bitter opposition to their employment. One of the people who fought for the introduction and retention of Women Police in the county was Miss E Hartland a local magistrate. She not only supported the Chief Constable in his fight to have women accepted into Gloucestershire Constabulary but she was also in touch with  women all over the country who had an interest in the issue. She was quoted in several newspapers of the time as an authority on the subject.

On 6th May 1918 the first eight police women  joined Gloucestershire Constabulary. They were appointed to clerical duties to release men for the job of outside patrol. They were all experienced policewoman who can be traced to the Women’s Police Service .

Thought to be some of the original police women taken in August 1917 while they were still employed in the National Filling Factory. Woman Police Constable Tonra third from left, Woman Police Constable Sandover seventh from left. Marion Sandover was the first police woman in Gloucestershire having collar number 1.
(Gloucestershire Police Archives URN 102)

In 1920 The Baird Committee was required;

To enquire and report as to the nature and limits of the assistance which can be given by women in the carrying out of police duties and as to what ought to be the status, pay and condition of service of women employed in such duties.

The Baird Committee found that over half of the police forces in the country were opposed to the employment of women but despite this the committee recommended that women should be employed by all forces as they were very useful especially in duties concerned with women and children.

In October 1921 Gloucestershire was making financial savings. This was four months before the falling of what became known as the Geddes Axe. The Geddes Committee reported in February in 1922 and the result was that there were ruthless economies in both central and local government which in some areas meant the end of policewomen.  Gloucestershire decided that the employment of policewomen should be ended  except in Gloucester and Cheltenham if the boroughs were prepared to pick up the costs.

Despite the success of the policewomen in Gloucestershire after the original intakes of quite large numbers, the establishment of policewomen remained between four and seven. These policewomen were stationed mainly at the large police stations in the county Cheltenham, Gloucester, Stroud and Staple Hill. There was a policewoman for the Forest of Dean and one to cover both Tewkesbury and Cirencester. 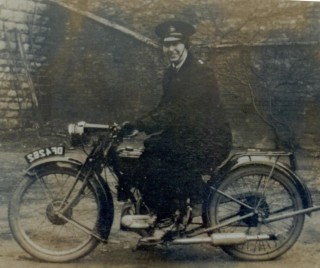 Gloucestershire had a reputation for the quality of its policewomen and the work that they were expected to carry out. For example Gloucestershire set up the first motorcycle patrol unit staffed entirely by women in the late 1920s. Many newspapers at the time cited Gloucestershire as the pioneering force for the use of policewomen.

In 1927 Janet Gray a student from Glasgow joined the Gloucestershire Constabulary. In 1931 she transferred to the Glasgow city Police. Janet Gray had a very successful career having achieved many ‘firsts’ including the Assistant Inspector of Constabulary for Scotland. 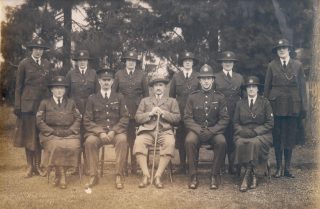