In early 1939 the Government published its National Service Handbook with no plans for enrolling women as Special Constables. The Women’s Auxiliary Police Corps (WAPC) was however established in August 1939, for women between the ages of 18 -55 for the duration of the war.

They had no police powers but undertook clerical and chauffeuring duties for both Regulars and Specials. Those working full time were paid and those working part-time did so on a voluntary basis. The commandant of Gloucestershire WAPC was Mrs EM Williams and the Deputy Commandant Mrs Pritchard. The Corps was disbanded in 1946 but many of the members applied to join the Regular Police Force since women were not allowed to enrol as Special Constables until 1949. 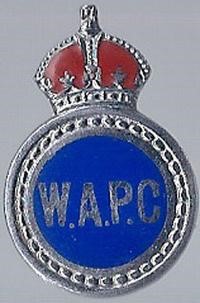 In October of 1939 the Chief Constable received notification from the Home Office that up to 10% of the local police force could be made up of women. Fifty WAPC posts were made available in Gloucestershire, half of which were to be part-time unpaid drivers, permanently attached to the Regular Police Force, and half to be clerical positions. Duties of the women drivers included conveying Special Constables to isolated and vital points, distribution throughout the County of uniform and equipment and escorting female internees. Their hours of duty could be long, sometimes lasting from 4.00am until midnight and they would drive up to 130 miles in a day. For this, the drivers used their own cars for which they were paid a mileage allowance. They were also provided with a uniform consisting initially of a blue gaberdine coat and gauntlet gloves worn over their normal clothing but two years into the war was changed to cap, overcoat, jacket and skirt, a white blouse, black tie and leather gloves. In an article from 1942, Colonel Sleeman, Commander of the Gloucestershire Special Constabulary, commented that the WAPC drivers had by that time already driven upwards of 360,000 miles between them and had sustained just two serious but unavoidable accidents.

It was proposed that there would be twelve paid full-time clerical posts commanding a wage of £2 per week and 13 part-time volunteers. Initially Colonel Henn appointed just seven full time clerical staff, but by 1941 in the wake of an increased crime rate, he was forced to take on more women staff to free up Regular Officers to deal with the increased workload. The clerical staff were provided with uniforms, which at first consisted of blue overalls but which subsequently changed to resemble the uniform of the Regular WPCs. A certain Miss CD Channon** who had enrolled in the WAPC (Clerical Branch) at the outbreak of war was praised for her efficient administration of a card-index system and for efficiently over-seeing the passage of over 6,000 Special Constables through the Gloucestershire Police Force. In February of 1940, the women of the WAPC, both clerical staff and drivers were inspected by the King and Queen at Badminton. Along with the Special Constables they also took part in a parade and inspection by the Chief Constable, Colonel Henn, later that same year. 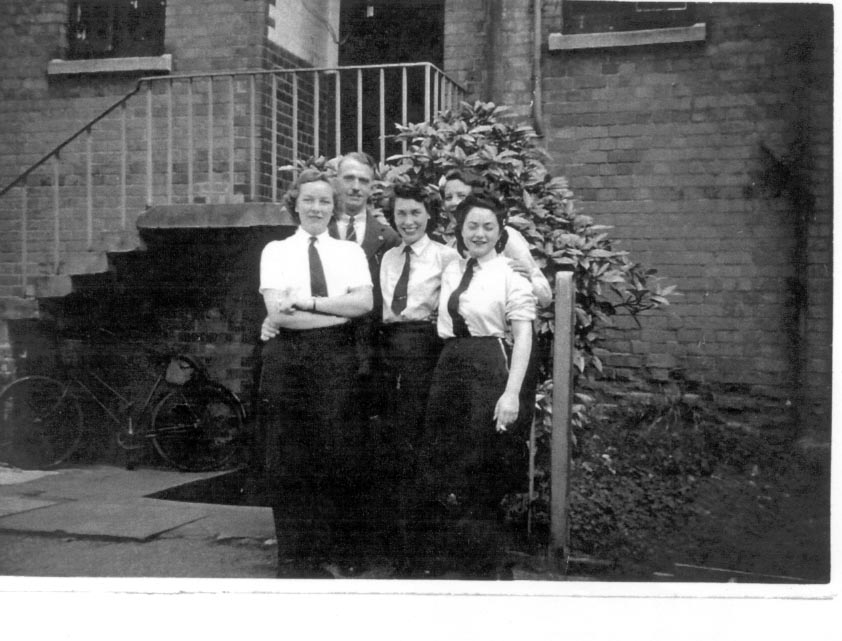 In December of 1941, in a proclamation signed by the King and Privy Council, single women between the ages of 20 and 30 were made liable for service with the auxiliary forces if not already engaged in vital war work or serving in the armed forces. In addition, women who were likely to be called up for military service were given the option of joining the WAPC. In early 1942 the Chief Constable of Gloucestershire obtained approval from the Home Office for a further increase in the size of the WAPC from 32 to 40, to help fill the vacancies left by 72 Gloucestershire PCs who had been called up to serve with the armed forces. Full time clerical WAPC received a pay increase in 1940 and by 1942 the annual expenditure on the WAPC was £57,300. In 1943 all members of the WAPC were excluded from registering for fire guard duties in the cities of Gloucester and Cheltenham and in April 1943 some members of the WAPC were made temporary WPCs for the duration of the war.  In 1944 there were 40 women in the WAPC and along with other Civil Defence Workers the paid clerical workers received a pay award taking into account their years of service. On 1st July 1945 the WAPC along with the part-time Specials were offered the liberty to resign but a year later there were still 18 WAPs in place and the same number in July of 1946 at which time the service was disbanded with many of the women applying to join the Regular Police Force.