Thanks to David Hanks

This photograph was bought on an internet site and Gloucestershire Police Archives was challenged to find information about the officer in the photograph. 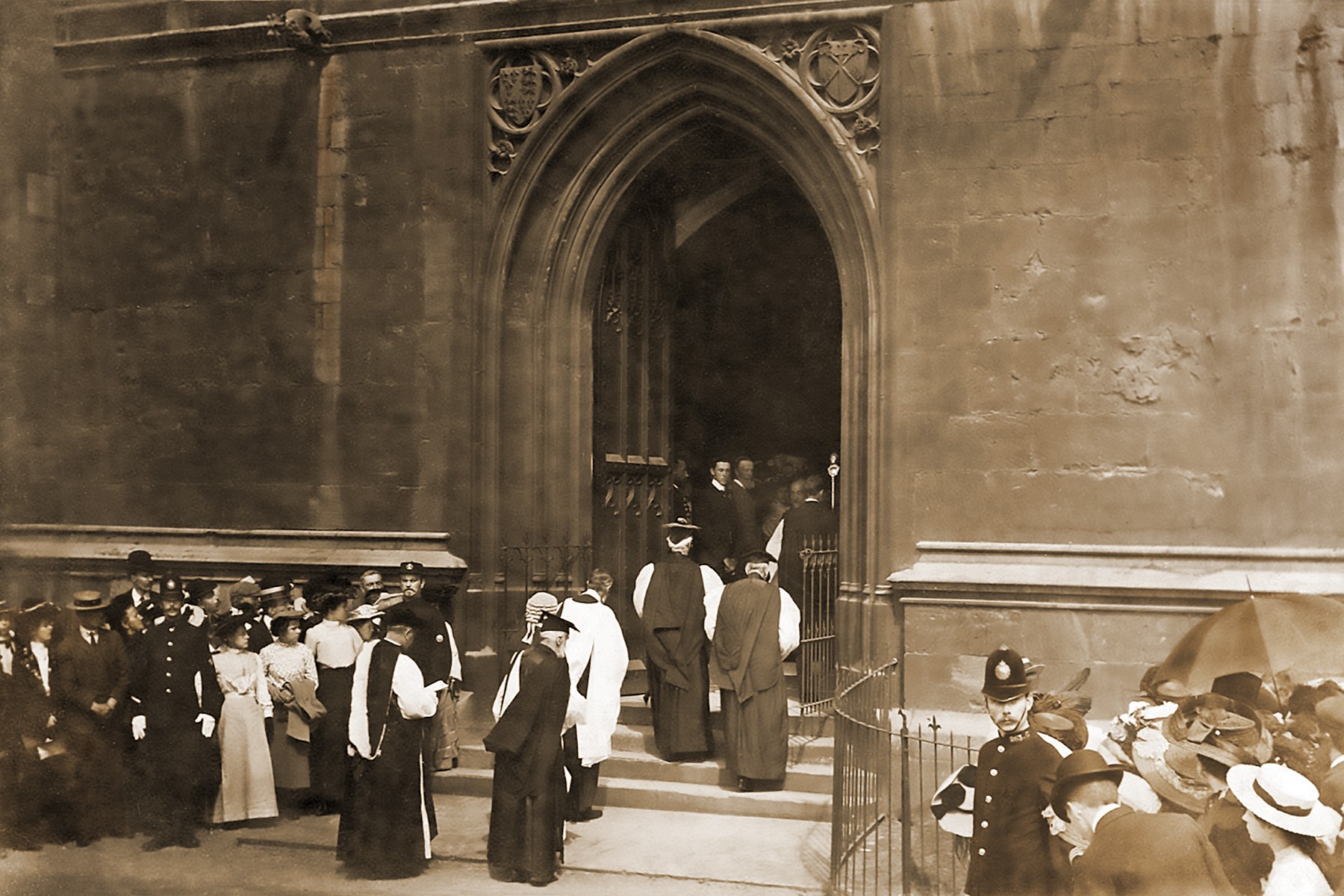 The event was the inauguration of Edgar Charles Sumner Gibson as  Bishop of Gloucester in 1905.

He joined the constabulary on 21st April 1901 having been previously employed a groom. 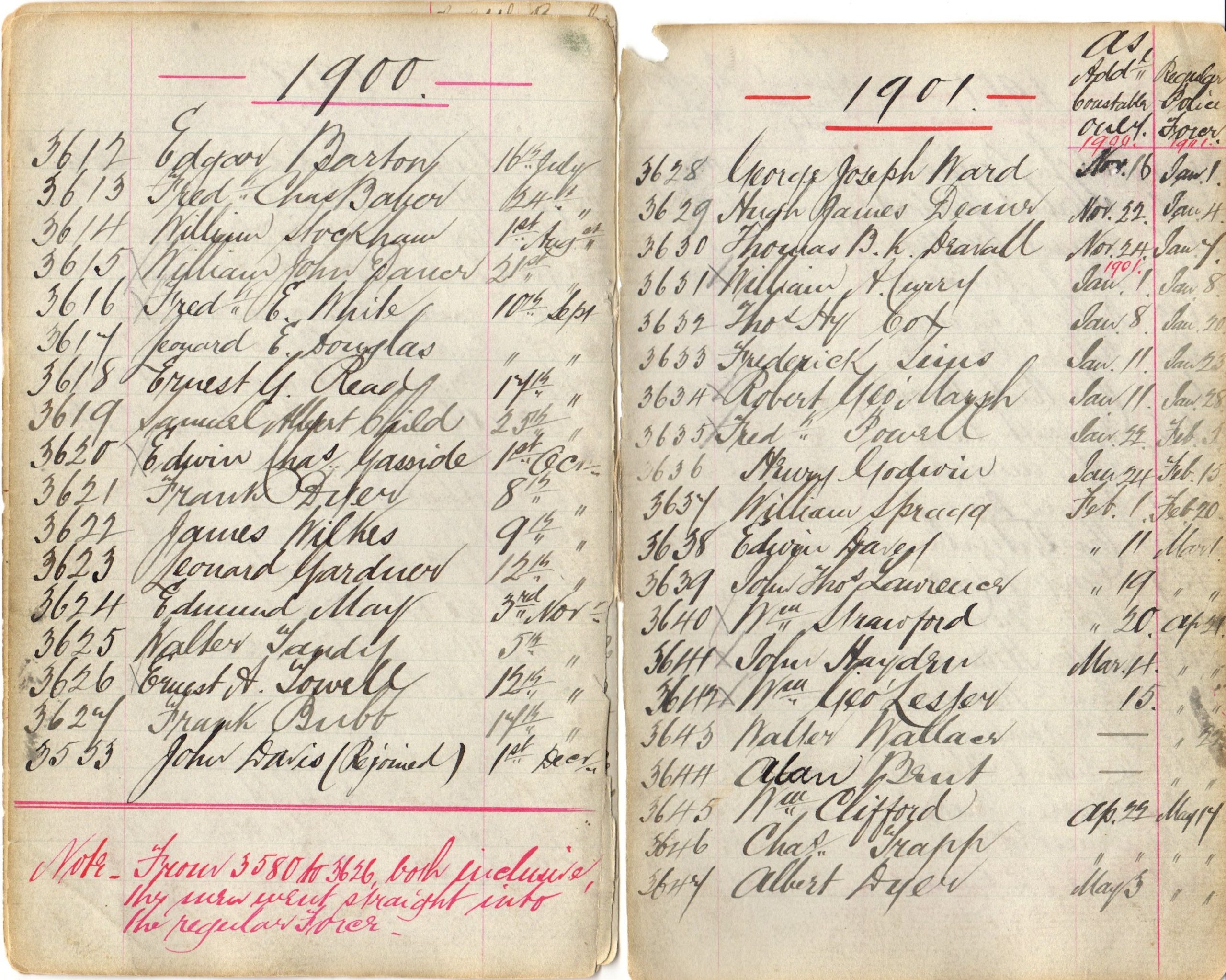 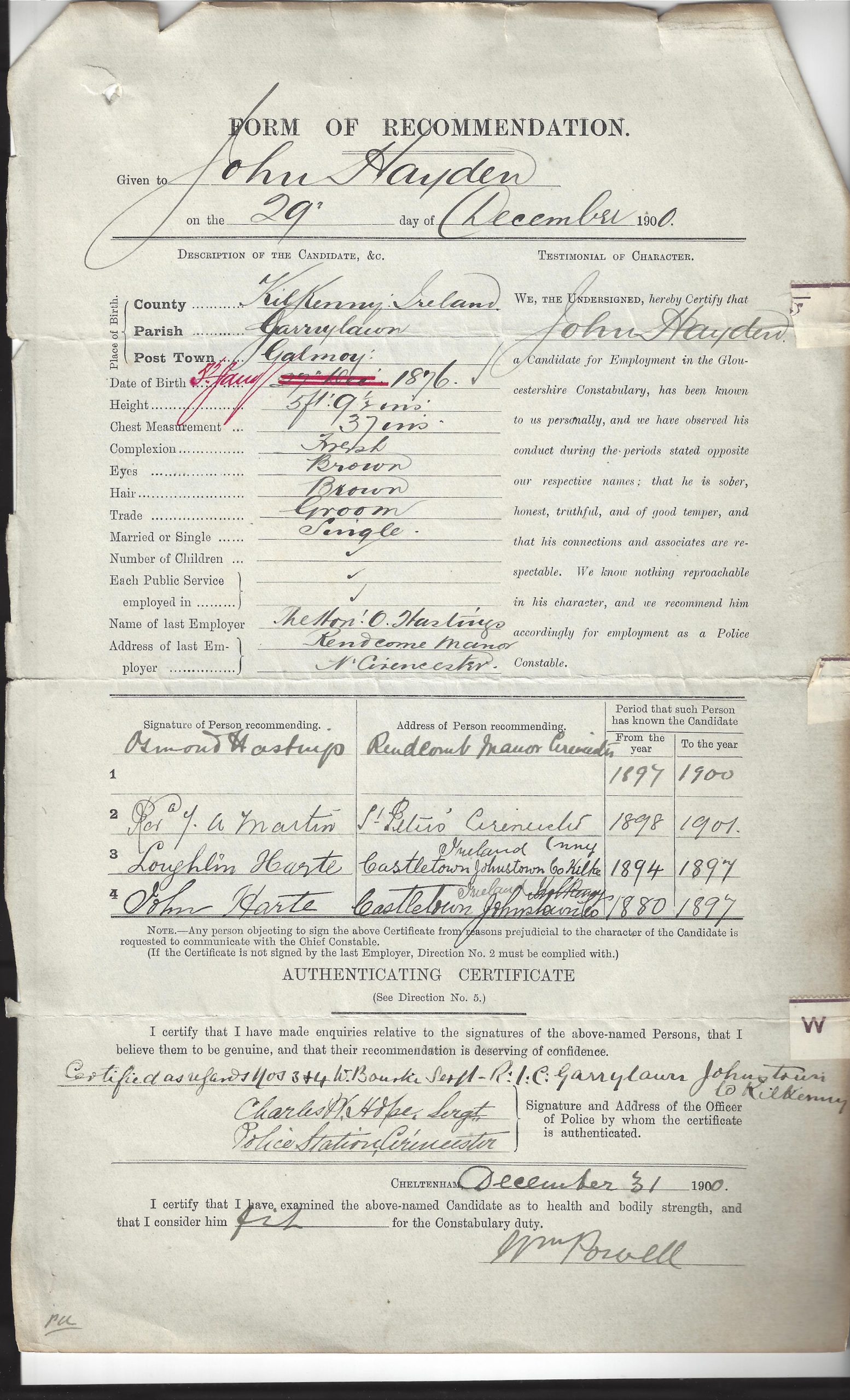 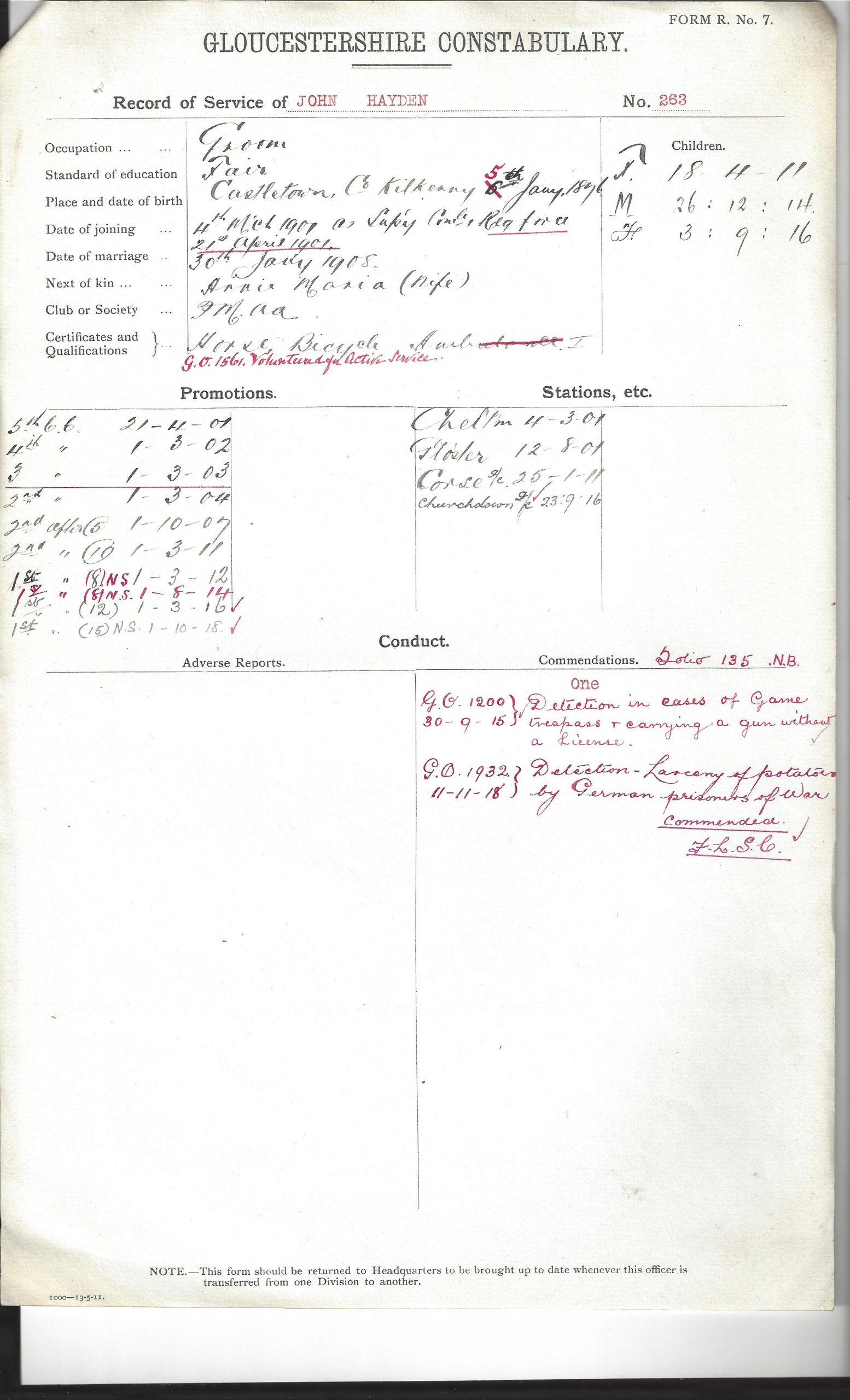 He was commended several times.

6th November 1920 commended for detection and arrest in a housebreaking case.

31st May 1922 commended for detection and arrest following larceny of a horse.

1st January 1923 specially commended for energy and ability in connection with arrest of man for wounding with intent to murder.

He was also a member of the Gloucester City Police Ambulance Team who won many awards. 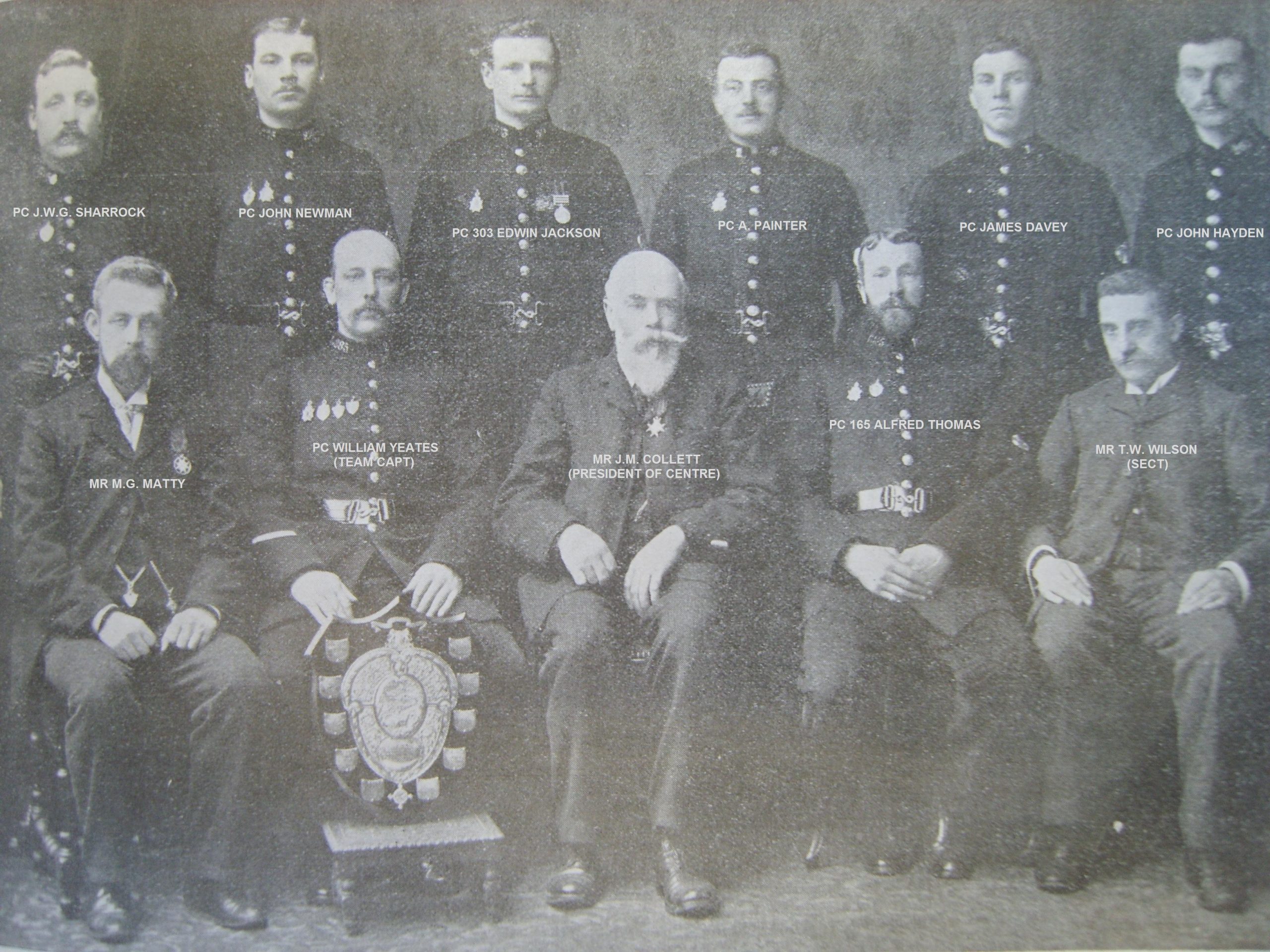 He also featured in another photograph we were researching. 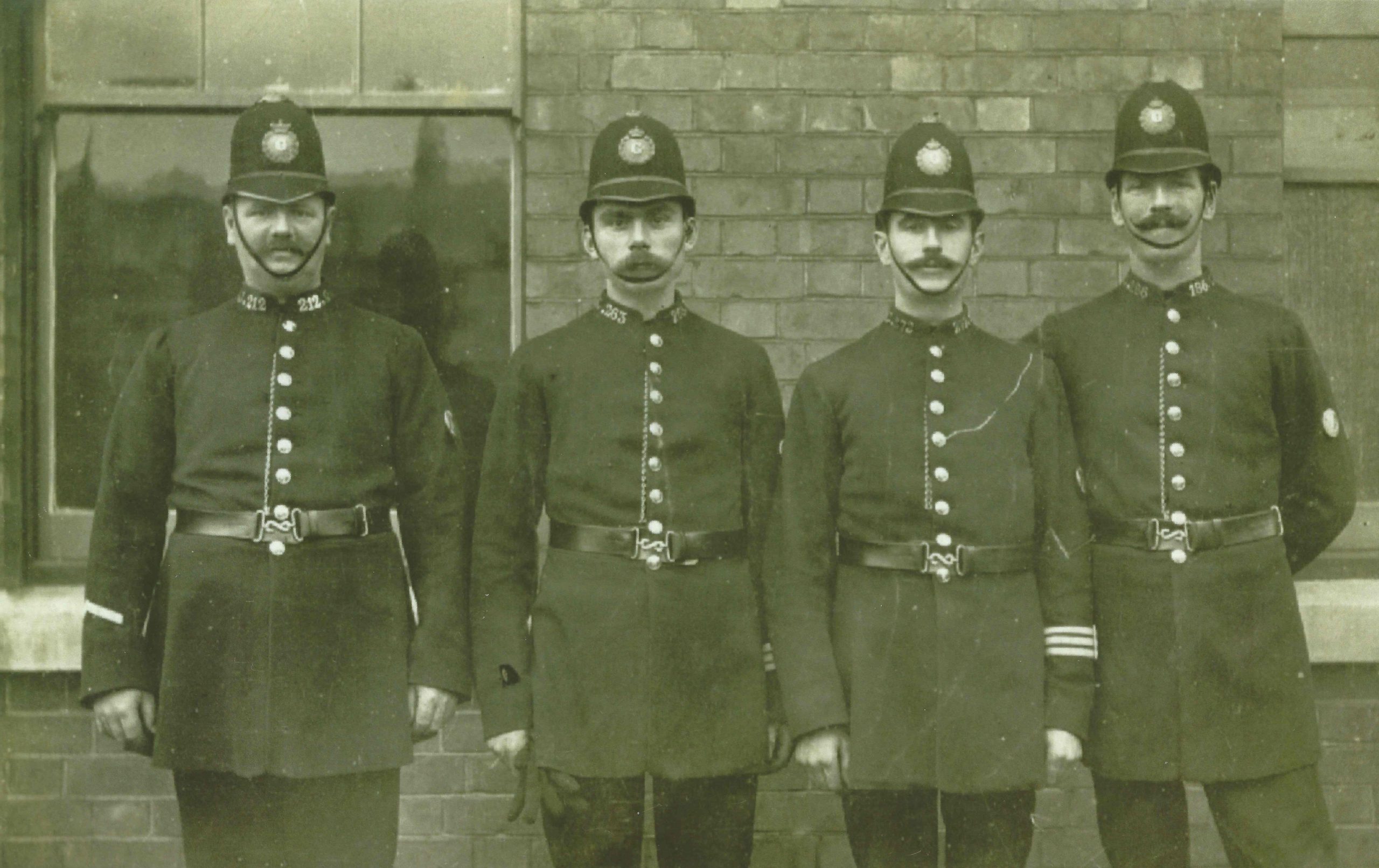 These four unknown officers appear together in an untitled photograph.