After the shocking death of Sergeant Beard there was one more murder of a police officer . 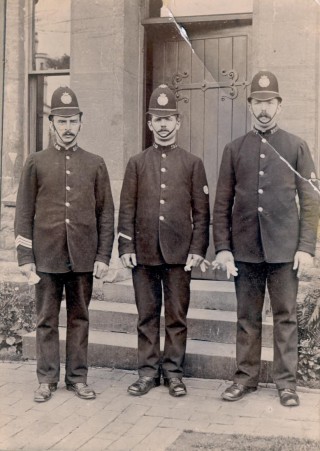 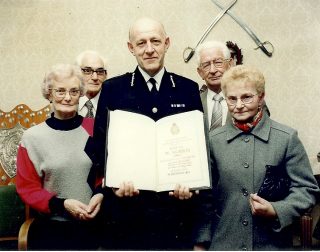 On 10th November 1895 Sergeant William Morris and Police Constable Cornelius Harding were on duty at Viney Hill in the Forest of Dean. They came upon a group of men who had been to Blakeney  and on the way back had stopped off at a number of pubs and so were all drunk.

Three colliers James Morgan, George Morgan and George Hill were arrested for the murder of Sergeant Morris and the attempted murder of Constable Harding . They were later convicted of manslaughter. 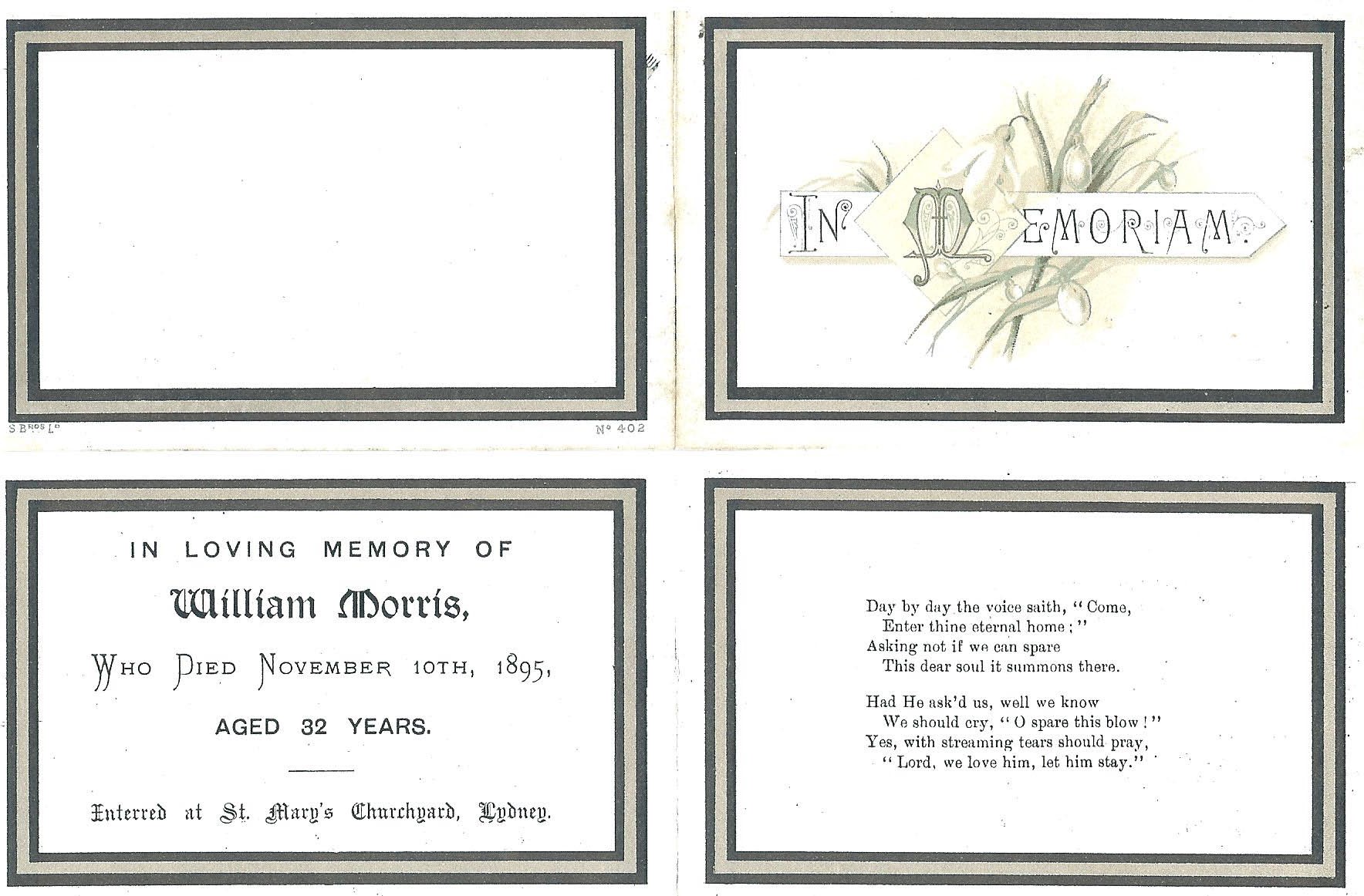 Several other Police officers have died on duty over the years.

Constable Philips was hit by a train at Sea Mills on 11th January 1872. 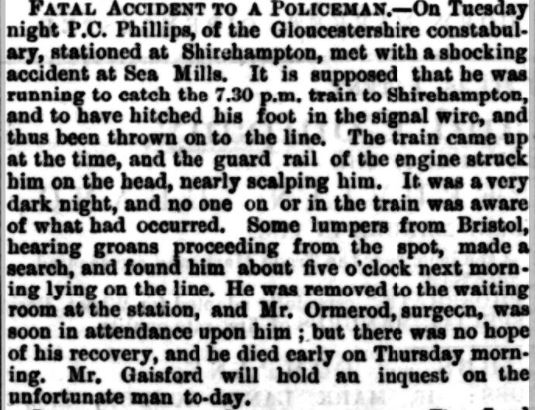 Constable Selby died 5th February 1874. He was found in the back of a cart that he had been ‘hitching’ a lift in while on his beat.

Constable Harrold was hit by a goods train near Bitton railway station on 18th February 1880. He was on his rounds from Oldlands Common Police Station.

Sergeant Hale died on May 28th 1904 in what was said to be  mysterious circumstances.  He was last seen on patrol at midnight heading towards the Wagon Works and had arranged to meet Police Constable Bartlett at one o’clock but he did not make the appointment. The sergeants body was later found in the canal it was believed that he had tripped over one of the mooring rings and had fallen in. The Officer was unable to swim and as the spot was a lonely one if he had called out there was no one to hear him. There had obviously been some local speculation over the officers  fate as the Gloucestershire Chronicle of June 11th 1904 states; ‘there were no marks of violence  and the suggestions of foul play which were made in some quarters are absolutely groundless.’

Sergeant Robinson died on 10th July 1915. He ripped his hand on barbed wire while crossing farmland at Hatherley this led to blood poisoning which proved to be fatal.

Constable Cooper died on 8th November 1916 as a result of injures he received in a bicycle accident while on duty.

Constable Hayward died on 26th July 1920 in the Royal infirmary Gloucester as a result of an accident, a couple of days before, while cycling at Oxenhall, just outside Newent. He was one of the first officers to enlist  at the start of the First World War and  had rejoined the police after the war had ended.

Special Constable Smith  died on 19th August 1940. He had been on guard duty near Lydney from that evening from six to ten p.m. he was in his car returning to the station with another special constable when he was shot by a member of the home guard dying a few minutes later. His death was classified as a ‘War Injury’.

Inspector Taylor died suddenly on 23rd May 1942 while on duty at Dursley.

Sergeant Ireland died on 2nd July 1945 while on duty at Blakeney after a few hours illness. 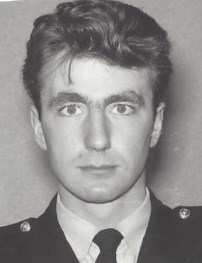 Police Constable Morton Chappell was killed whilst on duty on 16th April 1964  at about 5 o’clock. He was employed on traffic patrol duty and had stopped a lorry on the main Gloucester to Bristol Road near Claypits. The lorry and the police car were both close in on the nearside, stationary and the two men had been talking for some time when another lorry ran into the stationary one and struck both men killing Police Constable Chappell instantly. The driver of the stationary lorry died later. 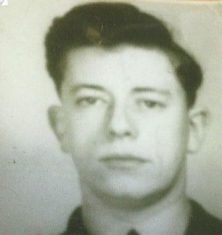 Superintendent Newman’s body was found in the River Severn at Minsterworth on 13th June 1952. 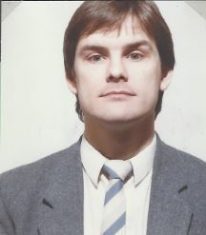 Died 26th February 2007 after being taken ill at work

Further information about Officers who died on duty for all forces can be found at http://www.policememorial.org.uk/