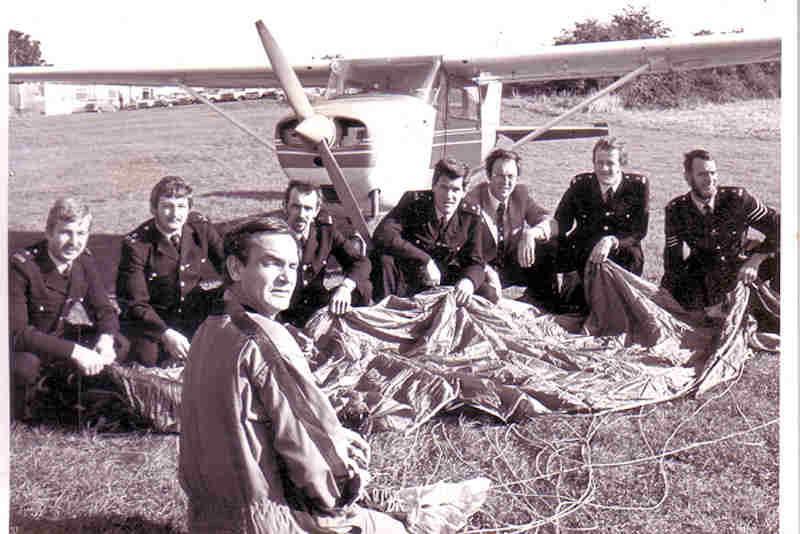 This took place because Tony’ Poulter’s late wife, Shirley, had already taken part on a parachute jump with some colleagues, so Dave Parchment lay down the gauntlet, inviting the police to emulate them.