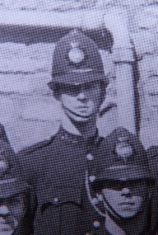 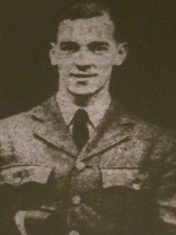 Clifford John Dibden was born on 23/02/1917 in Chepstow, Monmouthshire and was the son of
Charles and Edith Dibden. His father worked as a Baker’s van man
and the family lived at 5 Howell Row, Chepstow.

He became a very good rugby player and during 1937/38 he played centre for both Gloucester
and Lydney Rugby Clubs. On 06/03/1939 Cliff joined the Gloucestershire Constabulary
as a Police Constable
and was stationed at Lydney Police Station in The Forest of Dean.

On 22/12/1941 he married local girl Pearl Frances Reeks and they lived together at Stroat Farm,
Tiddenham near Chepstow, with their spaniel called Monty.

During World War II Cliff decided to leave the Police and on 08/09/1941 he joined the Royal Air Force
Volunteer Reserve and became Flying Officer 136511. On 09/01/1943 he qualified
as a Leading Aircraftman, then in March 1943 he attended a flying course in
South Africa, where he received his wings and a commission.
He was subsequently appointed as a probationary flying officer on 09/07/1943
and assigned to 92 Squadron where he flew Spitfires.
92 Squadron is famous for the highest number of victories scored by
the Royal Air Force during World War II, which was 317.

On 17/01/1944 Cliff’s Squadron was posted to Marcianise, near Naples in Italy,
to provide top cover for the 8th Army.
On 22/01/1944 twelve Spitfires took off from Marcianise to support British and
American troops who landed 30 miles south of Rome. Cliff’s was the tenth Spitfire to take off that
morning but sadly his aircraft hit a tree at the airfield, crashed to the ground and burst into flames,
Clifford Dibden died from injuries and burns.
Just a few weeks later the air strip used by 92 Squadron was moved because of  the
obvious dangers and concerns from other pilots.

He is buried at the Caserta War Cemetery in Italy, in grave VE,9.
The 92 Squadron records mention –

“Dibden was a most popular pilot and will be sadly missed”

Cliff’s father served during World War I as Private 36966 with the 4th Battalion of the Essex Regiment,
he too was killed in action on 03/11/1917 in Palestine.
Cliff would never have known his father and it’s possible Charles never saw his son.

Cliff is remembered on the Chepstow War Memorial and the Gloucestershire Constabulary
World War II War Memorial plaque at their Headquarters.

Frank was born on 05/11/1924 and was the son of Mr and Mrs E.E. Woodward
from 32 Tennyson Road, Cheltenham. His father had served in World War I with the Royal Artillery
and completed 11 years as a Police War Reserve Constable.
Frank attended both Christchurch ad Central Schools in Cheltenham and joined
the Post Office as a messenger in 1939.
His older brother Cyril had been a Constable at Filton before serving in Burma with the
Royal Artillery during WWII.

In 1941 he joined the Gloucestershire Constabulary as a Junior Clerk at the Lansdown
Road Headquarters, then on 13/08/1941 he became a member of the
Police Auxiliary Messenger Service in Cheltenham.

On 12/04/1943 Frank joined the Royal Marines and became Marine CH/X 114330
with the Chatham Division.
On 16/06/1944 he was engaged on invasion duties for the Normandy landings and whilst on board
557 Landing Craft Assault Flotilla which was attached to HMS Llangibby Castle
it is reported he fell overboard and was recorded as Missing presumed killed.
It is unknown where Frank’s death took place and his body was not recovered.

He was only 19 years old and is remembered on both the Chatham Naval Memorial (Panel 79,2)
and the Gloucestershire Constabulary World War II War Memorial plaque at their Headquarters. 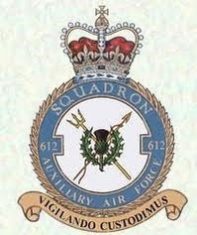 Herbert Arthur Hall was born on 16/02/1920 in Leominster, Herefordshire and
his parents were Arthur and Gertrude Florence Hall. He joined the
Gloucestershire Constabulary on 06/03/1939 and was stationed at the
Stow on the Wold Police Station in the Cotswolds.

He joined the Royal Air Force Volunteer Reserve on 06/10/1941 and went on
to become Warrant Officer 1575839 on 612 Squadron.
His Squadron was a General Reconnaissance Unit with Royal Air Force Coastal Command.

Whist posted at RAF Langham in Norfolk, Herbert would have been flying Wellington Bombers
on anti German E-Boat missions off the Dutch coast.
It was whilst there, on 24/02/1945 his aircraft was reported missing whilst returning
from an operational flight, no wreckage or bodies were ever found.
Herbert’s crew were:

He is remembered on panel 269 of the Runnymede Memorial in Surrey and
the Gloucestershire Constabulary World War II Memorial Plaque at their Headquarters.

Robert was born on 04/03/1922 at Winchcombe in Cheltenham. His parents
were Edward and Ruth Mason from Enfield, Winchcombe.
He was a student of Cheltenham Grammar School and a member of
Winchcombe Cricket Team, known by his nickname of ‘Cherry’.
He joined the Gloucestershire Constabulary on 01/03/1939 as a junior clerk, then
became a Police Constable at Gloucester on 06/10/1941. The same year he
volunteered for the Royal Air Force, he completed his training in the United States and returned to the UK
in January 1942 as Sergeant 162612.

He joined 100 Squadron where he flew in Lancaster Bombers as a qualified Bomb Aimer, and
was stationed at RAF Grimsby, near Waltham in Lincolnshire.

On 16/12/1943 Mason took off with his crew in Lancaster JB560 HW-N to take part in Operation Berlin,
they were attacked by a fighter on the way to Berlin and then again on the return flight. It survived both
attacks but sadly they crashed due to poor weather and visibility near Kelston airfield in Lincolnshire.

Robert Mason sadly died in the crash along with 5 other crew members, including the famous pilot,
Wing Commander David William Holford Distinguished Service Order/ Distinguished Flying Cross.
The date 16/12/1943 became known as ‘Black Thursday’ because of the great losses that day by Bomber Command. 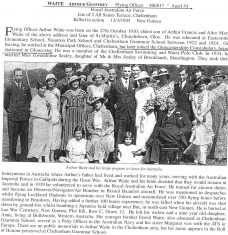 Arthur Geoffrey WAITE was stationed at Gloucester. He emigrated to Australia and joined the Royal Australian Air Force in World War 11 and was killed in action. His name is on the Roll of Honour at Cheltenham Grammar School (now Pates Grammar).
(Gloucestershire Police Archive URN 1742) 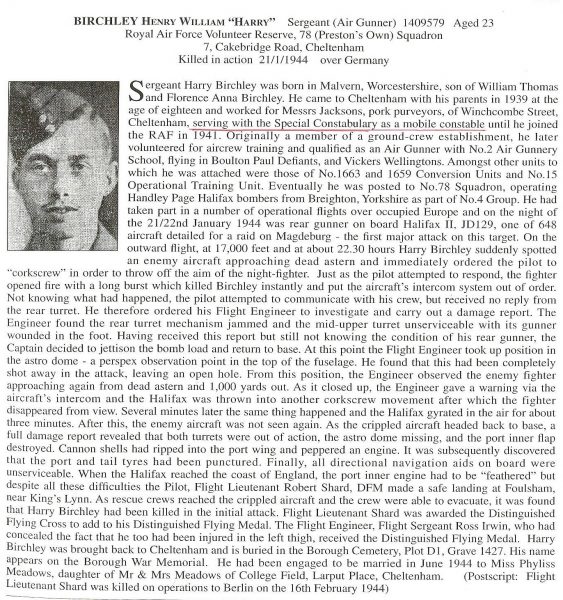