Police and the Bombing of Gloucestershire during World War Two

The bombing of Gloucestershire

4,200 High Explosive Bombs, 20,000 Incendiaries and 10 Parachute mines fell on Gloucestershire during the War in nearly one thousand different instances, killing around 250 people and injuring around 770 others. The county became a target for the Germans as a variety of war related industries were established there from 1940 onwards. Cheltenham in particular, the headquarters of various wartime services, sustained a number of attacks in which High Explosive bombs were dropped, the worst attack occurring on the night of the 11th December 1940, when 150 such devices along with countless incendiaries fell on the town resulting in 83 casualties. In the city of Gloucester too, there were significant casualties, this time in April 1942 when bombs were dropped on the Hucclecote and Brockworth areas, killing 148 individuals.

Elsewhere in the county there were notable bomb-related incidents, some of which are included here. Twelve high explosive bombs were dropped on the night of 8th/9th July 1940 in the grounds of Badminton House where Queen Mary was in residence. No-one was hurt and Queen Mary was advised in person by Colonel Sleeman, Commander of the Gloucestershire Specials, to relocate, which she refused to do, agreeing only to change bedrooms. 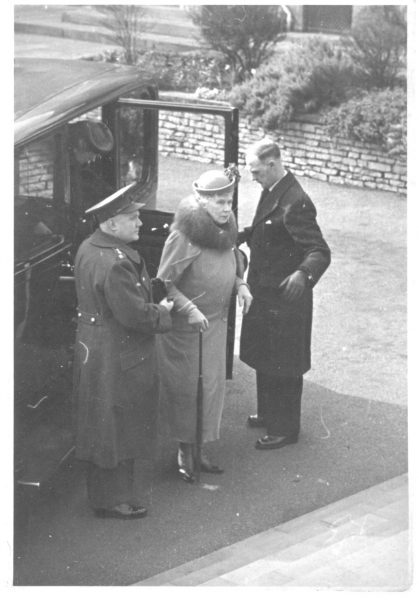 Later that same month on the afternoon of July 25th1940 a collision occurred in the skies above Painswick, between a British Spitfire and a German Junker 86 bomber, that was being pursued by the spitfire after it had dropped its bombload (harmlessly) nearby. Both planes fell from the sky and the Spitfire pilot was killed. However, three of the German bomber crew managed to parachute to safety where they were taken into custody by Colonel Sleeman and a number of Special Constables who had arrived on the scene.

Aircraft manufacture was important in Gloucestershire and two factories were hit in separate raids. Filton Aeroplane Factory was bombed on the 20th September 1940 in the worst single incident in wartime Gloucestershire, when forty German bombers dropped 250 bombs including liquid nitrogen bombs, killing 121 individuals and wounding 222 others. The factory was badly damaged along with 1,040 houses and Filton police station. A number of delayed action devices caused further damage after the raid proper had passed. A second aircraft factory, Parnall’s of Yate, was partly destroyed when on the 27th February 1941 it was struck by two well-positioned bombs dropped from a single aircraft. It resulted in the death of 51 civilians and a repeat bombing eight days later caused further damage with the loss of four more lives.

The role of the police during and after an air raid

The police divisions were given a certain amount of autonomy under the command of the individual superintendents thus allowing them to be more responsive in emergencies. Look-out posts were manned predominantly by the ARP service and were scattered throughout the county. In the event of an air raid the police would be notified and the siren, which was usually located at the police station, was sounded. A private police telephonic system that was completed just before the war, linked all the police stations in the county and enabled early notification of bombing incidents. The police and the Civil Defence organisations would then ensure that everywhere was appropriately blacked out, that all civilians had gas masks and if they were out on the streets helped them to safety in public shelters. The police would also order motor vehicle drivers and cyclists to pull over to the side of the road and seek shelter and horse drivers to unharness horses until the raid passed. Police (and ARP wardens) would continue to patrol their patches during the raids.

Once the raid was over, the police would sound the siren to signal the all clear and civilians could then return to their homes. In the immediate aftermath of a raid, police duties included reporting fires to the fire service and assisting with the search and rescue of casualties. They also helped to administer first aid where necessary and in the first two years of the war they aided the fire service with the actual fire-fighting. The police were responsible for cordoning off and guarding bomb-damaged buildings, protecting them from looters and arresting anyone caught looting. Police also had to be on the look-out for criminals masquerading as ARP wardens or Special Constables in order to commit burglaries. Unexploded bombs presented a particular threat after a raid, and police were responsible for keeping members of the public away from dangerous areas and contacting bomb disposal units. Children in particular were unaware of the perils of such bombs, and one of the police wartime duties was to go into schools and raise awareness of the dangers. Sadly, this did not prevent a tragic incident that took place in Cheltenham in April 1942 when children aged between the ages of 6 and 14 years found an unexploded bomb and began hitting it with a hammer. Unsurprisingly the bomb exploded, killing five of the children and seriously injuring three more.

Additional police duties following on from a raid included visiting anyone who had sustained bomb damage to their houses to offer reassurance and ensure that they were being helped out either by neighbours or Public Assistance to access proper meals. Members of the public loitering outside such homes were deemed sensation seekers and moved on by the police as too were the potential souvenir hunters who attempted to visit the site of a crashed plane. The police were also required to file bombing reports containing details of where and when the bombs were dropped, the number and type of the bombs and whether any were unexploded, the extent of the damage inflicted and the number and severity of any casualties. 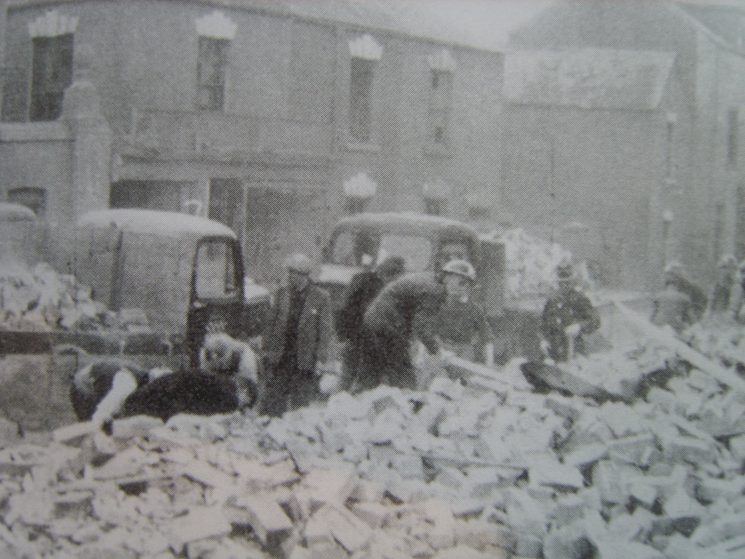